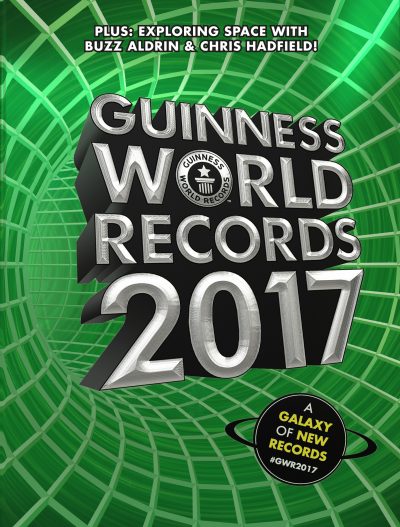 Children’s books make up four of the top five bestsellers in this week’s charts, with the top three spots taken by The 78-Storey Treehouse (Andy Griffiths & Terry Denton, Pan), Harry Potter and the Cursed Child (J K Rowling, Jack Thorne & John Tiffany, Hachette) and Do Not Open This Book (Andy Lee, Lake Press), respectively. Other children’s and YA books in the top 10 include Mega Weird: WeirDo (Anh Do, Scholastic) in fifth spot, Empire of Storms (Sarah J Maas, Bloomsbury) in seventh and Pokemon Deluxe Essential Handbook (Scholastic) in tenth. Children’s titles also make up two of this week’s fastest movers, with Do Not Open This Book taking top spot and Miss Peregrine’s Peculiar Children (Ransom Riggs, Quirk Books) in fourth. The 2017 Guinness World Records and the 2017 Guinness World Records: Gamer’s Edition (Guinness World Records) are second and third among the fastest movers, with the regular edition also making the overall top 10 in eighth spot. Film tie-ins are also doing well in the charts, with The Girl on the Train tie-in edition (Paula Hawkins, Black Swan) debuting as the highest new entry and the tie-in to Sully landing in fifth spot on the fastest movers chart—Books+Publishing (source: Nielsen BookScan, week ending 17 September 2016).