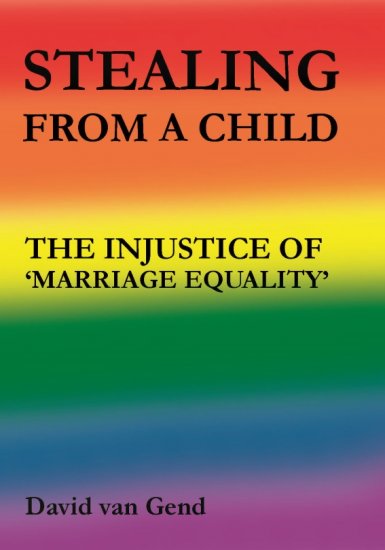 McPherson’s Printing Group, a division of parent company Opus Group, has declined the job of printing an anti same-sex marriage book from niche publisher Connor Court, citing that it wouldn’t proceed with printing the title due to the ‘subject matter and content of the book’.

The book, Stealing from a child: the injustice of marriage equality, is written by Australian Marriage Forum president David van Gend and has the support of the Australian Family Association, Marriage Alliance and the Australian Christian Lobby.

The Catholic Leader reports that Connor Court, which was notified of the printer’s decision last week via email, has used a digital printer to produce 3000 copies ahead of the book’s launch in Brisbane on 23 September. van Gend is on a national book launch that ends in Canberra on 10 October.

The email from a McPherson’s representative reportedly reads that due to the subject matter and content of the book, ‘unfortunately I have been instructed by senior management not to proceed with printing this title’.

Despite claiming McPherson’s decision to turn down the printing job was ‘discrimination’, van Gend told the Catholic Leader he will not be taking any anti-discrimination action against the printer.

A spokesperson for Opus Group told Books+Publishing the company is not making any comment on the matter at this stage.