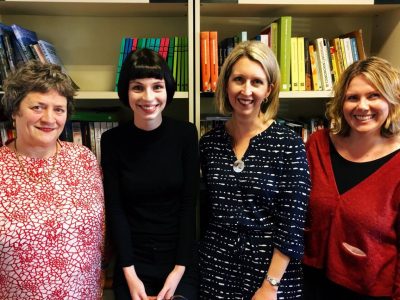 UWA Publishing was launched in 1935 at the University of Western Australia in Perth to produce textbooks for its students, and has since expanded into general fiction, poetry and nonfiction. Director Terri-ann White spoke to Books+Publishing for our ‘small publisher spotlight’ series:

UWA Publishing is a university-based publishing house that reflects the modern university and its interests in engagement with its external communities, with being a credible contributor to discussions about the challenges of the contemporary world. Within this is the 30-year project of formalising creative writing as a curriculum pursuit.

UWAP has been around in different guises for 81 years. What I brought to the company in 2006 was an interest in narrative: in both creative works and scholarly writing written well.

A first novel entitled Cusp by Josephine Wilson, the first in a series I established in late 2005 called ‘New Writing’, and the first fiction UWAP had published. This was before I started in early 2006 as director. In 2016 in the anonymously judged inaugural Dorothy Hewett Unpublished Manuscript Award, Josephine’s second novel Extinctions was the winner, and is due for release in late 2016.

We used to be a big team of 12. We are now tiny but very effective. In FTE-speak we are 3.7. Nicole van Kan coordinates sales and royalties; Kate Pickard is publishing manager; Connie Sze is our finance officer; and Charlotte Guest our publishing officer.

I think we take risks with form and ideas that are quite rare in Australian publishing. We have made books by writers and thinkers such as Ross Gibson, Paul Carter, Marion May Campbell, Emily Ballou and Kathleen Mary Fallon that transcend genre boundaries. Books of ideas made ravishingly distinctive through a poetic treatment of language and form.

In a general sense, our poetry publishing has been an unexpected success since 2008 with increasing sales results. The most pleasing was a large illustrated book of a collaboration between Barry Hill, poet, and John Wolseley, artist, called Lines for Birds. It’s in its third edition and has sold more than 3000 copies to date.

But the biggest success has been launching Amanda Curtin into a world of readers. She is a superb storyteller and language peddler and I am so proud to be the publisher of her first three books of fiction.

The global book crisis of 2011-13. Our revenue went into a ditch but we continued to have commitments to spend money in producing books we’d contracted. It was scary and required staring down imminent financial disaster over a prolonged period. But we made it!

A dazzling collection of stories entitled The Permanent Resident by the Sydney-based writer Roanna Gonsalves. It’s her first book, about diverse experiences of migration to Australia. It’s devastatingly hilarious as well as poignant. Roanna has the most acute comic timing and her black humour and sophistication is a knockout. You’ll know about this already if you heard her ABC Radio National series last year on literary India.