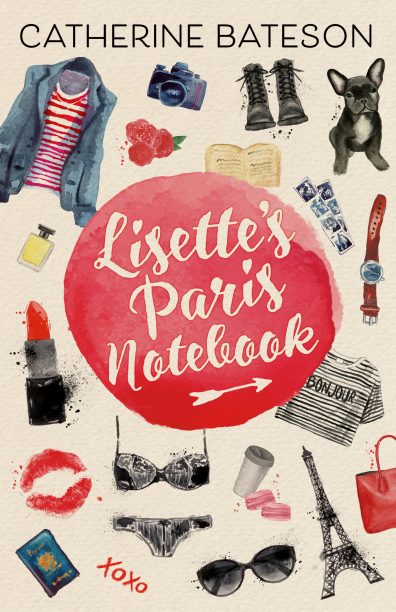 When Lisette arrives in Paris for the summer, she thinks she’s prepared. She has a great wardrobe, she’s staying with her mother’s psychic, and surely before long she’ll be checking out the fashion and having a summer fling. But between forced French lessons, a shocking inheritance from her absent father, a misleading German artist and a boy named Hugo who might be the real thing, Lisette’s summer might end up being more than she bargained for. Lisette’s Paris Notebook is a fun Parisian romp filled with flirting, fashion and falling in love. Lisette comes across as a rather unlikeable main character. She falls in love in a matter of days on two separate occasions, struggles to make decisions for herself and seems quite sulky and childish in her irritation at being forced to spend the summer in Paris. Lisette’s difficulty coming to terms with the death of the father she has never known and her complicated relationship with her single mother are elements that play out well, but feel a little buried under the romantic storylines. The story lacks some depth and believability, but it certainly is fun, entertaining and atmospheric. It’s recommended for fans of Anna and the French Kiss aged 13 and up.

This One is Ours (Kate O’Donnell, UQP)  Young adult