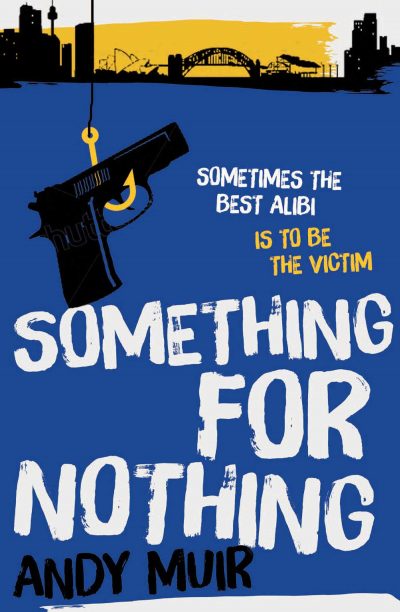 Several Australian authors make their long-awaited return to publishing next year, alongside some promising debuts. Andrea Hanke and Vicki Stegink round up publishers’ fiction highlights for 2017. (See nonfiction titles here.)

The Midsummer Garden by Kirsty Manning is due out in mid-2017 from Allen & Unwin. Publisher Annette Barlow calls it an ‘entrancingly woven story’ set across the Tasmanian coastline, Tuscan vineyards and a French medieval chateau, as two very different women learn how much they’re willing to sacrifice to live life on their own terms. ‘Manning reveals herself as a talented storyteller and an author to watch,’ says Barlow.

Other highlights for Allen & Unwin include The Dark Lake, a ‘riveting’ debut novel from Melbourne writer Sarah Bailey about the murder of a high-school teacher in a small country town (June); and A Hundred Small Lessons by Ashley Hay (April), a ‘luminous’ novel about ‘love, motherhood and the stories we tell ourselves’. Late 2017 will also bring a gripping new historical novel from bestselling author Minette Walters, set in England and titled 1348 for the devastating plague year in which it plays out.

In August, Black Inc. will publish Ruby J Murray’s second novel The Biographer’s Lover, which tells the dual stories of a biographer and her subject, an Australian artist. Murray’s exploration of ‘how we choose to value and record artists’ lives, and Australia’s complex relationship with historical memory’ makes for an ‘engrossing, elegant novel’, says publisher Aviva Tuffield. Also coming from Black Inc. is Anna Krien’s first novel, an ‘intense’ set of linked stories titled Act of Grace (April).

Neil Gaiman’s ‘epic, almost novelistic retelling’ of Norse mythology—‘a subject which has fascinated him since he was a boy’—is Bloomsbury managing director Kate Cubitt’s fiction highlight. Norse Mythology (February) ‘will be Neil’s first adult title with Bloomsbury, so we are very pleased and proud to be bringing it to market’, says Cubitt.

Goldie Goldbloom’s second novel Gwen will be published by Fremantle Press in February. Set in early 20th-century Paris, it imagines the life of the artist Gwen John, the lover and model of Auguste Rodin. Publisher Georgia Richter describes it as an ‘unforgettable novel about love, courage and heroism’. Fremantle Press is also excited to be publishing Miles Franklin-longlisted author Tracy Farr’s second novel The Hope Fault (March), which Richter describes as a ‘heartwarming story about extended family’. The story takes place over a single weekend as a family gets together to pack up their newly sold holiday house, revealing connections, frailties and secrets in the process.

Giramondo publisher Ivor Indyk is looking forward to Brian Castro’s ‘adventurous’ verse novel Blindness and Rage (June), ‘about an author from Adelaide who learns of a secret society in Paris which will publish his manuscript anonymously and offer him euthanasia as a reward’. Other highlights are Felicity Castagna’s novel A Brief History of the Boat (April), about an Australian of migrant background who is violently opposed to the admission of boat people, and Ali Alizadeh’s The Last Days of Jeanne d’Arc, a fictional recreation of the legendary historical figure (August).

Everyone at Hachette is ‘massively excited’ about Melbourne writer Sarah Schmidt’s ‘creepy and deeply atmospheric’ debut See What I Have Done (April), says joint MD Justin Ractliffe. It goes inside the mind of the ‘infamous’ Lizzie Borden, who was accused of killing her father and stepmother in Massachusetts in 1892. Rights in multiple territories and the film option have already been snapped up.

Closing Down by Sally Abbott, the winner of the inaugural Richell Prize for Emerging Writers, will be published by Hachette in May. It’s a ‘visionary novel’ set in a ‘dark future of climate change, a tidal wave of refugees and a divided country run by an increasingly authoritarian government’, says Ractliffe. Another local highlight is journalist Michael Brissenden’s debut novel The List (August), ‘a gripping political/terrorism crime thriller set in Iraq and the western suburbs of Sydney’.

The pick of Hachette’s international list is Hannah Tinti’s The Twelve Lives of Samuel Hawley (March). Author Ann Patchett has described it as ‘one part Quentin Tarantino, one part Scheherazade, and twelve parts
wild innovation’.

Harlequin publisher Sue Brockhoff is looking forward to Daughter of Mine from internationally bestselling local author Fiona Lowe (March). Set among the ‘privileged squattocracy’ of Victoria’s west, it’s a story of ‘lost love, family secrets and lies’ that ‘has all the elements you want in a women’s commercial fiction book—drama, family, love and expectation’, says Brockhoff.

HarperCollins publisher Mary Rennie has high praise for local author Wendy James’ new novel The Golden Child (February), which explores mothering, cyberbullying, ‘the randomness of goodness and badness’ and ‘the consequences of terrible events on victims and perpetrators’. ‘The writing is compelling; the world so well observed. I want everyone to read it,’ says Rennie. Publisher Anna Valdinger’s highlight is Caroline Overington’s ‘page-turning twisty psychological thriller’ The Lucky One (May).

An annual highlight for Margaret River Press is the Margaret River Short Story Competition Collection, which enables emerging talent to be published alongside established voices. The 2017 collection will be published in June and edited by Ellen van Neerven. Publisher Caroline Wood is also looking forward to Bloodlines by debut author Nicole Sinclair (February), which ‘paints a colourful portrait of local life’ in Australia’s closest neighbour, Papua New Guinea.

‘MidnightSun has decided to dedicate all of 2017 to short-story collections,’ says publishing director Anna Solding. Two of her highlights are by first-time authors: Wild Gestures by Lucy Durneen (January) is full of ‘sexy, heartbreaking and funny stories’ that have already been a hit overseas; and Plane Tree Drive by Lynette Washington, due out in the second half of the year, features ‘thought-provoking’ stories neatly connected by place.

Pan Macmillan is publishing two-time Miles Franklin winner Kim Scott’s first novel in over five years in the second half of 2017. The still-to-be-titled book tells the story of a group of Noongar people’s return to the former site of a massacre in Western Australia, and ‘drags the cruellest aspects of our nation’s history into the living present’, says publisher Geordie Williamson. Also set for the second half of 2017 is Chris Womersley’s third novel City of Crows, a tale of witchcraft and court intrigue set against the backdrop of 17th-century Paris. ‘You have to return to Patrick Suskind’s Perfume to encounter a vision of that city as immediate and pungently rendered,’ says Williamson.

Ten years after the release of Amanda Hampson’s bestselling novel The Olive Sisters (which is currently being adapted for film), the author is back with a ‘deliciously transporting historical novel’, says Penguin publisher Ben Ball. In The French Perfumer (March), an unworldly young Englishwoman arrives on the Cote d’Azur to take up a secretarial role and finds herself drawn into an ‘extraordinary situation’. Twelve years have passed since Cassandra Austin’s debut novella Seeing George. Her new novel All Fall Down (February) concerns the collapse of a bridge in a small desert town, which sends the lives of six characters ‘spinning in haunting, wry, tragic and quietly heroic directions’.

Another highlight from Penguin is Congo Dawn by Katherine Scholes (April), a ‘turbulent and emotionally charged’ family drama set among real events in 1964 that will place Scholes into the ‘top bracket of commercial fiction writers in this country’, says Ball.

Next year, Random House will publish the fiction debut from Marching Powder author Rusty Young, titled Colombiano (August). It’s an ‘electrifying’ coming-of-age novel set in South America, says publisher Beverley Cousins. She’s also looking forward to Candice Fox’s new thriller Crimson Lake (February), which comes hot on the heels of Fox’s collaboration with James Patterson in 2016. Publisher Meredith Curnow names Kate Forsyth’s Beauty in Thorns as one of her fiction highlights, describing it as a ‘spellbinding’ reimagining of the ‘Sleeping Beauty’ fairytale against a backdrop of the pre-Raphaelite circle of artists and poets circa 1890.

The Hidden Hours by Sara Foster (April) is a local fiction highlight for Simon & Schuster. It’s a taut psychological thriller about a murder in a London publishing company—managing director Dan Ruffino says it’s ‘her best yet’. Ruffino is also delighted to have signed Sue Woolfe for two books, and will be publishing the first in March. Do You Love Me or What? is a short-story collection exploring travel, love and loss.

Coming from Spinifex Press in September is a new novel by Spinifex publisher Susan Hawthorne. Dark Matters uncovers hidden histories of organised violence and resilience through a ‘poetic and terrifying’ narrative spanning 30 years.

Following the success of Eva Hornung’s Dog Boy, which won the 2010 Prime Minister’s Literary Award for Fiction, Text will publish Hornung’s historical novel The Last Garden in May. It tells the story of a teenager left alone in an idyllic South Australian farming community after his parents’ murder-suicide. Another highlight for 2017 is On the Java Ridge by Jock Serong (October), about a group of Australian friends who encounter asylum seekers while on a surfing trip in Indonesia. It’s ‘a timely and topical political thriller’, says publisher Michael Heyward.

Barry Scott from Transit Lounge is excited about From the Wreck by Jane Rawson, to be published in May. The novel tells the story of George Hills, who survived the wreck of the Admella steamship off the South Australian coast in 1859 and is haunted by the spirit of a fellow survivor. Scott compares the book to Walter Tevis’ The Man Who Fell to Earth in that ‘it evokes an existential loneliness’. In October, Transit Lounge will publish the next novel by 2016 Miles Franklin winner A S Patric. Atlantic Black is a ‘compelling psychological drama’ set over a single day and night—New Year’s Eve, 1939—and follows 17-year-old Katerina, who is travelling with her mother aboard an ocean liner from the US to Europe.

Kyra Giorgi’s collection of short stories, The Circle and the Equator, was highly commended in the 2015 Dorothy Hewett Award for an Unpublished Manuscript, and will be published by UWA Publishing in February. ‘It is unique and sophisticated; an intriguing set of narratives in historical settings of conflict or disruption,’ says director Terri-ann White.