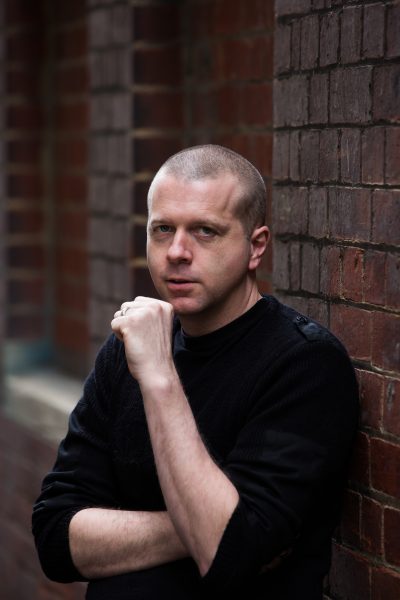 A life re-examined: Jeff Sparrow on ‘No Way But This: In Search of Paul Robeson’

Paul Robeson would, at first glance, seem an unlikely subject for an Australian biographer. How long have you been interested in his story, and what propelled you to dig further?

I first learned about Paul Robeson when I worked in the New International Bookshop in Trades Hall in Melbourne. As part of my job, I collected books from deceased estates, usually from old Lefties. Almost without exception, I’d find books by or about Paul Robeson on their shelves, and that gave me a sense of what he had once meant.

I was astonished by the breadth of his talents. I’d known vaguely of Robeson the singer and (even more vaguely) Robeson the actor. I hadn’t known that he’d played professional basketball; been the greatest footballer of his generation; won prizes in oratory; earned a scholarship to Rutgers and graduated in law from Columbia; or that he’d been able to sing in more than 20 languages, including Chinese, Russian, Yiddish and a variety of African tongues. And, most definitely, I hadn’t realised his significance as a civil rights activist.

I became fascinated by the gulf between Robeson’s celebrity in decades past and his relative obscurity in the present. In the forties, he’d been routinely described as ‘the most famous American alive’—and today he’s barely known. Why had his star dimmed so substantially? What did that tell us about Robeson and our time?

What were you surprised to learn about Robeson?

Paul Robeson’s father was a slave. Yet Paul Robeson was still alive when I was born. When I was in Princeton, I spoke with a local historian and she told me how, as a little girl, she’d been unable to shop at the main street in what was then a Jim Crow town. In one sense that wasn’t a surprise, since you know the history intellectually, but the recency of US institutional racism hits you with a certain emotional force when you hear about it firsthand. I was also surprised by the intensity of my reaction to Robeson’s voice. I began researching him as a political figure, and it was only later that I sat down and listened to his music seriously. In the accounts of Robeson’s concerts, you read repeated descriptions of audiences crying. I understand that now.

Your book features interviews that trail Robeson’s working and political life, conducted all over the world—Spain, Wales, America, Britain, Russia. Were there any setbacks along the way?

It’s been about two years now, and, yes, there were many setbacks along the way. I wanted to speak to descendants of the white family upon whose land Paul’s father William had been enslaved, and it took me a long time to find anyone willing to discuss the subject. I went to Moscow to talk to families of African Americans who’d moved to the Soviet Union in the thirties. That was quite difficult, as was getting access to the gulag site I wanted to visit. Oh, and then there was the actual writing, which is always more-or-less one long setback.

What would you hope readers take away from this book and Robeson’s life? Do you see it having a particular resonance with contemporary Australia?

The book begins with Robeson’s famous concert to the workers building the Sydney Opera House, as well as his encounter with the Indigenous campaigner Faith Bandler. It was Robeson’s instant solidarity with Indigenous Australia that led me to wonder about the contemporary significance of his life. His career intersects with some of the most important traumas of modernity—slavery, fascism, McCarthyism, Stalinism—and in the book I try to show how the unresolved issues from those events shape so many of our dilemmas today. I hope that Robeson’s extraordinary story encourages readers to re-engage with debates from the past that might shed some light on our present. And maybe some of them will want to hear Paul sing!

As well as being an author and editor, you’re also a writer of shorter-form articles and essays. How does the process of writing a book differ from the way you approach your shorter work?

George Orwell famously described writing a book as ‘a horrible, exhausting struggle, like a long bout with some painful illness’. Writing articles is more like coming down with an overnight fever. Most of the shorter writing I do takes place under considerable time pressure. The shift to online publishing has added a new urgency to journalism and commentary—the piece always needs to be up immediately—and you receive almost instant feedback for your work, which is always nice. On the other hand, you rarely have time for the kind of research or deep engagement you might want. Writing a book is, of course, entirely the opposite, a process that reverses both the pleasures and the frustrations of journalism. Basically, whichever one I’m engaged in, I wish I was doing the other.

No Way But This: In Search of Paul Robeson is published by Scribe in March