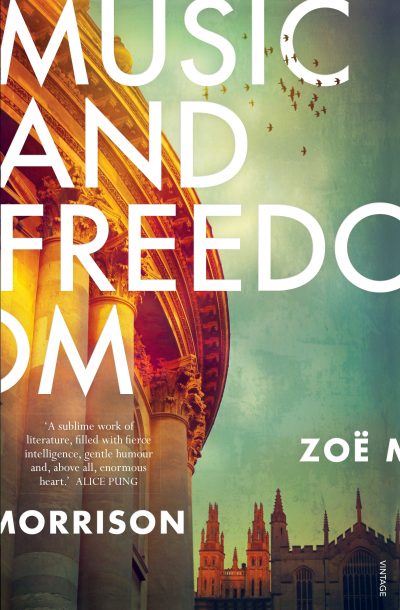 Morrison’s novel was chosen from a shortlist of six for the $4000 prize, which was established in 2014 to ‘increase the commercial success of first or second books by Australian authors’. Music and Freedom is Morrison’s first book, and the manuscript was a commended entry in the 2014 Victorian Premier’s Literary Award for an Unpublished Manuscript.

Music and Freedom is the story of Alice, who moves from rural Australia to England with the dream of becoming a concert pianist, and becomes trapped in an abusive relationship.

‘Exploring themes of love, loneliness, and the price of artistic expression, Music and Freedom is an ambitious and considered debut novel,’ said Beneba Clarke. ‘Morrison writes about sound and music with a joy and poetry even the unmusical can appreciate—providing a stunning and heartfelt counter to the dark relationship that forms between the two main characters.’

Rubbo described Music and Freedom as a ‘stimulating, thought-provoking and immensely satisfying book’.

Previous winners of the award are Stephanie Bishop for The Other Side of the World (Hachette) and inaugural winner Ceridwen Dovey for Only the Animals (Hamish Hamilton).