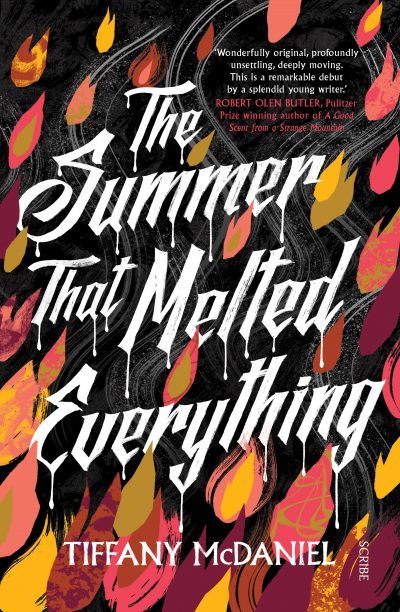 ‘The Summer that Melted Everything’ wins 2016 Not the Booker Prize

US author Tiffany McDaniel’s debut novel The Summer that Melted Everything (Scribe) has won this year’s Not the Booker Prize, which is run by the Guardian in the UK and voted on by the public. McDaniel’s novel—‘about community, redemption, and the dark places where evil really lies’—was chosen from a shortlist of six, that also included: The Combinations (Louis Armand, Equus); The Less Than Perfect Legend of Donna Creosote (Dan Micklethwaite, Bluemoose Books); Walking the Lights (Deborah Andrews, Freight Books); Chains of Sand (Jemma Wayne, Legend Press); and What Will Remain (Dan Clements, Silvertail). The winner of the award, which has the same criteria as the Man Booker Prize, receives a Guardian coffee mug. This year’s Man Booker Prize will be awarded at a ceremony in London on 25 October. To view the shortlist, click here.