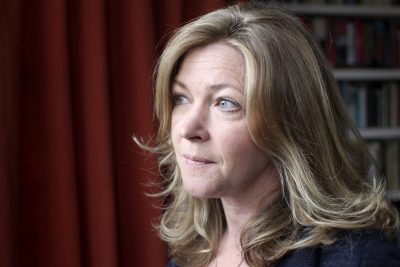 UK author Kate Summerscale’s latest book The Wicked Boy (Bloomsbury) is the true story of a Victorian-era juvenile murder case that echoes the ‘outrageous plots’ of a penny dreadful novel. She is touring Australia in February.

A true murder story with an astonishing twist

After reading Helen Garner’s brilliant This House of Grief (Text) last year, I am now delving into her back catalogue: I’ve just finished The First Stone and have started Joe Cinque’s Consolation (both Picador), another brave, unsettling study of crime and its consequences.

I’m looking forward to two novels about American teenagers: Megan Abbott’s You Will Know Me (Picador), a thriller that centres on an ambitious young gymnast, and Emma Cline’s The Girls (Chatto & Windus), a debut inspired by the Charles Manson murders.

The Long Winter by Laura Ingalls Wilder (HarperCollins), which charts the struggles of the Ingalls family in South Dakota during the terrible winter of 1880-81. I was enthralled by these pioneer tales of the American Midwest—I was living in 1970s Chile when I read them—and I wished that I could be as resourceful as Laura and as kind as her sister Mary.

I’d like to be Penelope in Alison Uttley’s children’s book A Traveller in Time (Puffin), because she can slip between the present and the past just by walking through a door.

Literary Hub is good, as is the New Yorker’s Page Turner books blog.

All of these, but paperback is best. I like a book to be scuffable (and scuffed).

Neither—I find plenty to distract me on the internet already.

As thrilling and involving as they are now (the best of them, anyway).