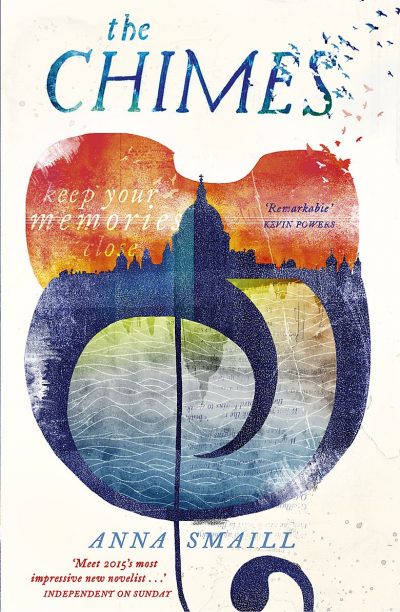 The Chimes is set in a near-future London in which writing has been outlawed and people communicate through music, and follows teenage orphan Simon ‘as he seeks to understand the truth about his parents and a mysterious and sinister illness that renders the population around him amnesiac’.

The Chimes was also longlisted for this year’s Man Booker Prize.