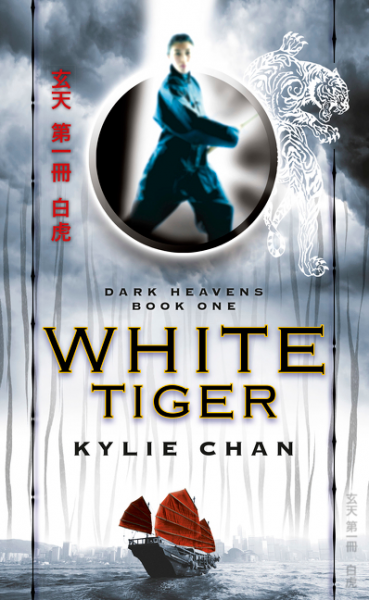 Chan’s agent Alex Adsett negotiated the deal with Max and Micheline Keller, a husband and wife production team with 30 years of film and television production experience.

Adsett told Books+Publishing the ‘Dark Heavens’ series had received three serious film option offers over the past 12 months, but ultimately decided on the Kellers because of their ‘vision for the series’ and ‘the pair’s experience spanning work in Hollywood, and expanding into the Chinese film market’. ‘We have loved getting to know them and their sweeping vision for Kylie’s series—right down to the potential for theme park rides when the film franchise becomes a roaring success,’ said Adsett.

Chan, who will act as advisor in an unofficial capacity, said ‘signing the option was a special moment’. ‘I’m looking forward to the next step of the journey and cannot wait to see where it takes us!’

The first book in the series, White Tiger, follows Australian nanny Emma Donahue as she is drawn into a world of martial arts, magic, and the battle between gods and demons for the right to rule heaven and earth.

AAPS has also sold Sasha Wasley’s ‘Daughters of the Outback’ rural romance trilogy to Penguin Random House Australia, with the first book in the series, Dear Banjo, scheduled for mid-2017.