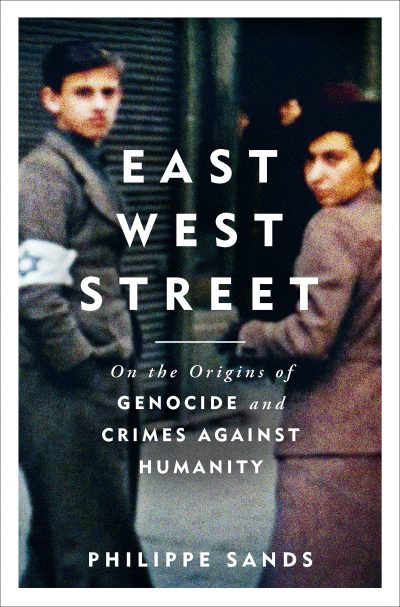 Philippe Sands has won the 2016 Baillie Gifford Prize for nonfiction, formerly known as the Samuel Johnson Prize, for East West Street (Weidenfeld & Nicolson). Sands’ investigation into the history of genocide, international law and the author’s family was chosen from a shortlist of four. Chair of judges Stephanie Flanders said Sand had ‘pulled off something extraordinary with this book that deserved to reach as wide an audience as possible’. ‘The result is a multi-layered history that is impressive in its own right but also a satisfying, suspenseful read. A stunning achievement.’ Sands receives a £30,000 (A$49,770) cash prize—an increase of £10,000 on last year—which the author said he is sharing with fellow shortlisted author Hisham Matar and will donate to a refugee charity of their choosing, ‘minus the cost of a bottle of cognac for Hisham and a jar of pickles for me’. This is the first year the prize has been sponsored by Scottish investment company Baillie Gifford after the prize concluded its three-year agreement with an anonymous donor in 2015. All works of nonfiction by authors of any nationality are eligible for the award, which is the richest prize for nonfiction in the UK. For more information on the prize, click here.