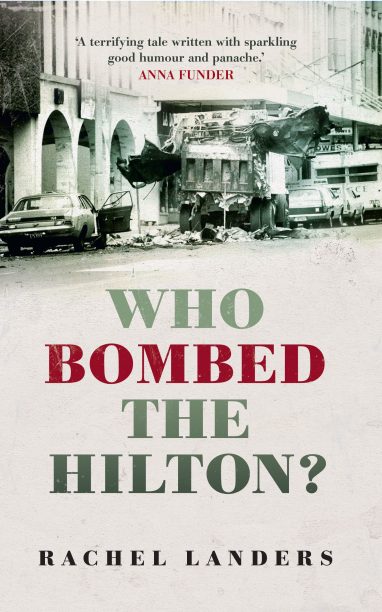 Filmmaker and historian Rachel Landers has won the 2016 Waverley Library Award for Literature, known as the ‘Nib’, for her book Who Bombed the Hilton? (NewSouth).

Landers was presented with the award, worth $20,000, at an event in Sydney on 23 November. Melanie Joosten won the People’s Choice Award, worth $1000, for her book A Long Time Coming: Essays on Old Age (Scribe), and Garth Callender won the Military History Prize, worth $3000, for After the Blast: An Australian Officer in Iraq and Afghanistan (Black Inc.).

Who Bombed the Hilton? was chosen from a shortlist of six. It tells the ‘terrifying tale of the 1978 bombing outside Sydney’s Hilton hotel—widely regarded as the first act of terrorism on Australian soil’. ‘[Landers’] remarkable research of this still-unsolved case exposes corruption, conspiracy theories and political intrigue, and is a testament to the bombing’s victims,’ said the award organisers.

The Waverley Library Award was established in 2002 to recognise the role of research in the creation of a literary work. Last year’s prize was awarded to Erik Jensen for his book Acute Misfortune (Black Inc.).

For more information about the award, visit the Waverley Library website here.