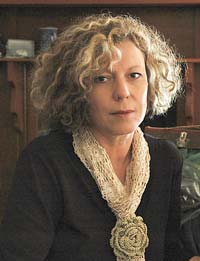 South Australian author Carol Lefevre has been chosen as the second Copyright Agency J M Coetzee Writing Fellow at the University of Adelaide.

The $30,000 fellowship, funded by the Copyright Agency’s Cultural Fund, is the second of three fellowships for mid-career writers in South Australia to be based at the university’s J M Coetzee Centre for Creative Practice. As previously reported by Books+Publishing, Cath Kenneally was named as the inaugural fellow last year.

Lefevre will become a writer-in-residence for six months, where she will work on a new novel of historical fiction that follows a travelling circus through the outback during the droughts of the 1890s.

Lefevre’s previous novels include Nights in the Asylum and If You Were Mine (both Vintage). Her most recent work is Quiet City: Walking in West Terrace Cemetery (Wakefield Press), which was published this year.