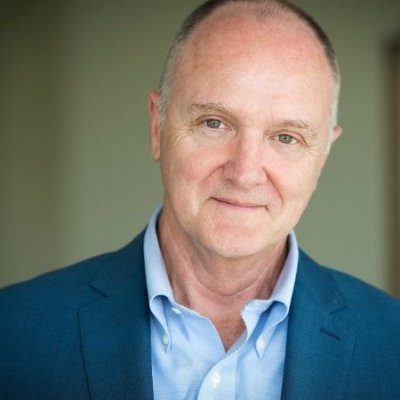 ‘Simon started his career in London as a film editor and director of music videos, working with some of the biggest stars of the day including Duran Duran and Tina Turner. After moving to Australia, he helped set up a global research and development project for Nokia, developed the web strategy for Inside Sport, and was executive producer for the original online retail shop at David Jones before moving on to become CEO of the University Co-op book shops.

‘In 2010 Simon took on the role of marketing and communications manager for the Leading Edge Books Group before being appointed as the marketing communications director at HarperCollins Publishers ANZ. In December 2015, Simon took his leadership skills and passion for motivating people to JSM Consultancy, as well as the Shackleton Institute.

‘In 2013, Simon released a picture book, The Dance Teacher (Allen & Unwin). Through JSM Consultancy he also published Breakfast with a Business Coach and Lunch with a Leadership Coach.

‘Simon made a tremendous contribution to HarperCollins in his three years as marketing communications director. His strategic thinking and calm, steadfast approach made a big impression, not just on the marketing and publicity teams, but across the company as a whole.

‘CEO James Kellow said, “We are deeply saddened and shocked by this terrible news. Simon was a thoroughly decent and good man, and a wonderful colleague. He had a profound impact on colleagues and authors alike, with his integrity, his love of strategy and his passion for creative thinking. His death is a great loss to all of us who knew him.”

‘The staff at HarperCollins Publishers offer their deepest sympathy, condolences and support to Simon’s wife, daughters and family at this difficult time.’

‘Simon led LEB for three years during the most difficult period in the recent history of the Australian book trade, just after the collapse of REDgroup, and was instrumental in keeping and building confidence in the group, and in the strength of independent bookselling in Australia. Under his management, the group grew to over 200 members.

‘Simon had incredible leadership qualities and was greatly admired and looked up to by colleagues and across the industry. Many booksellers and publishers counted Simon as a personal friend and staff at Leading Edge felt privileged to be working with him.

‘Our hearts and thoughts are with his family at this difficult time.’

Milne is survived by his wife Marilou, two daughters Alannah and Luisa, his mother Jane and sisters Juliet, Nicola, Gabrielle and Rachel and families.