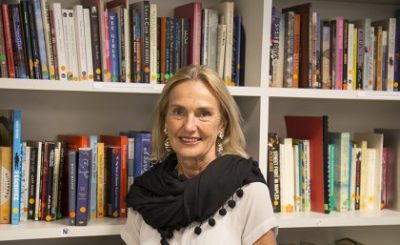 Australia Council literature director Jill Eddington has been appointed CEO of the University of Queensland Press (UQP), effective from 6 March.

Eddington will replace former CEO Greg Bain, who stepped down from the position in July last year. Publisher Madonna Duffy has been acting in the role since Bain’s departure.

In a statement, Eddington said she is ‘very honoured and excited by the opportunity to lead UQP into the future’.

‘I believe it is undoubtedly one of the great independent publishing companies in Australia,’ said Eddington. ‘It has been responsible for publishing some of the greatest Australian writers over almost 70 years, including Thea Astley, David Malouf, Kate Grenville and Melissa Lucashenko, to mention just a few, and has a brilliant current list featuring some of Australia’s best contemporary writers.’

Eddington also praised the publisher for its ‘commitment to publishing Indigenous writing’, which she described as ‘second to none’. ‘I plan to continue to grow this reputation under my leadership.’

Before taking the role of literature director at the Australia Council, Eddington was director of the Byron Bay Writers Festival and executive manager of the State Library of Queensland.