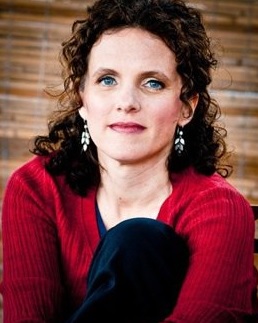 In June, Hardie Grant Egmont will publish the first book in the ‘Polly & Buster’ junior fiction series aimed at children aged seven to 10.

The series, about ‘a forbidden friendship between a witch and a feelings monster’, will be published in hardback and will include Rippin’s own illustrations for the first time.

Publisher Marisa Pintado said of the series: ‘It’s rare to find a story for children that deftly navigates the exact challenges they’re struggling to make sense of in the real world—prejudice, exclusion, bigotry—without talking down to them.’

Rippin is also collaborating on a new children’s book series for early readers, to be launched by Bonnier in September. The ‘Super Moopers’ series, which is branded as ‘Sally Rippin presents’, is written by TV writer and producer Fiona Harris and illustrated by Tripod band member Scott Edgar.

Each story in the series ‘introduces a character and their unique trait, which is first seen as a hindrance but eventually transforms them to superhero status’.

‘After our first meeting is was clear that something special was about to happen,’ said Bonnier Australia CEO Natasha Besliev of the collaboration. ‘Sally and Fiona have created a cast of funny and loveable characters and Sally’s signature lightness of touch that works so well for younger readers and their parents blends beautifully with Fiona’s natural humour and talent for great dialogue.’

Rippin is the author of the ‘Billie B Brown’ and ‘Hey Jack!’ series, among many other books.