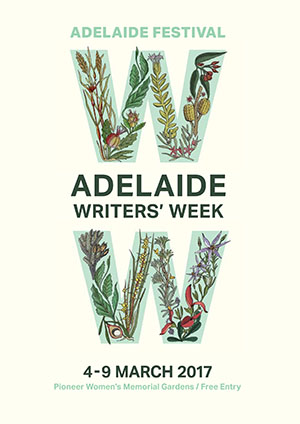 The full program for Adelaide Writers’ Week, which runs from 4-9 March, has been announced.

This year’s festival is dedicated to Elizabeth Harrower, who will be in conversation with Text publisher Michael Heyward on 4 March. Harrower joins past dedicatees Brenda Niall, Robert Dessaix, Margo Lanagan and Christopher Koch.

Events at the festival include an in-conversation about crime and fiction with UK author Graeme Macrae Burnet, whose book His Bloody Project (Text) was shortlisted for the Man Booker Prize, and local author Hannah Kent; Mexican author Yuri Herrera and South Korean author Krys Lee exploring the ‘twilight worlds of border crossing’; local novelists Emily Maguire and A S Patrić in discussion with Angela Meyer on the topic of grief; and Decca Aitkenhead, Thordis Elva and Thomas Stranger speaking on taboo subjects. Maxine Beneba Clarke will deliver the Hazel Rowley Memorial Lecture to conclude the festival on 9 March, with the winner of the 2017 Fellowship also to be announced.

The South Australian Writers Centre is also presenting a series of writing workshops as part of the festival, which feature seven visiting international writers.