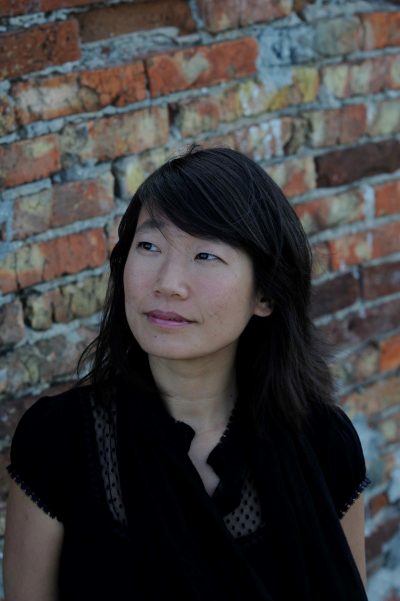 Canadian author Madeleine Thien’s latest book Do Not Say We Have Nothing (Granta) chronicles the lives of a group of musicians in 20th-century China. It was shortlisted for the Man Booker Prize and won Canada’s Governor General’s Award and the Scotiabank Giller Prize. Thien will be a guest at Perth Writers Festival and Adelaide Writers’ Week in February.

A novel about art and revolution, music and counterpoint, and the rise and fall of a single life in 20th-century China. Companion piece, J S Bach’s Goldberg Variations.

About 40 to 50 fiction and nonfiction submissions per day for Granta, which for the first time is devoting an issue to new Canadian writing. I’m lucky enough to be guest-editing the issue with Québec writer and translator Catherine Leroux. I’m also reading Doris Lessing’s The Golden Notebook (HarperCollins), a lot of Italo Calvino, and some books about choreography and dance.

A passerby in a Dickensian novel, a waiter in a restaurant, a winter coat folded over a chair.

The film adaptation of Kazoo Ishiguro’s The Remains of the Day (Faber).

The Hannah Arendt Centre has a weekly newsletter called Amor Mundi, which gathers essays and blog posts from across the internet. Amor Mundi, or love of the world, was a title that Arendt considered for The Human Condition, and for her ongoing work in trying to face the world—that which is without contempt, rejection or despair.

Any form, including audio. I’ve always lived in a world of books.

Open before us, creating worlds in our imaginations.