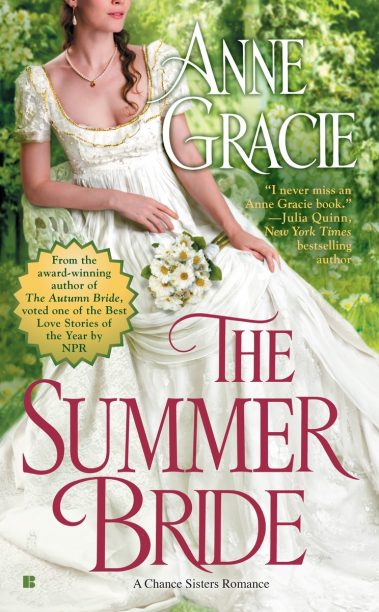 Gracie also won several other awards: Favourite Continuing Romance Series for her ‘Chance sisters’ series (Michael Joseph), with book four in the series, The Summer Bride, winning in the category of Favourite Historical Romance; the Member’s Choice award for Best Heroine for her character Daisy Chance; and the Member’s Choice for Favourite Couple for Daisy and Flynn.

The 2016 winners in the other categories were:

The other Members’ Choice Award winner was:

The winners were chosen by ARRA members, and were announced at the Australian Romance Readers Convention in Melbourne on 25 February.

To see the finalists in each of the categories, visit the ARRA website here.