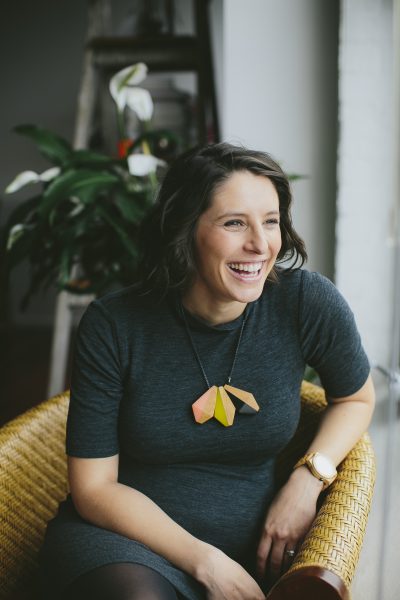 Olive’s friendship with Rani feels wonderfully real. Do you see this friendship as being an important theme of the book?

Absolutely. I think the ups and downs of friendship are fascinating for every age group. At age 10, Olive’s navigating what to do when you make a mistake and let down your best friend. It was important to me that the reader can see some of their own friendships in that of Olive’s and Rani’s. I hope they’ll come away from the book knowing that everyone is going to make mistakes in life, but that it’s what you do afterwards that matters.

What is it about Olive that you find the most charming? What did you have the most fun writing?

I love Olive’s loyalty, and that fame hasn’t changed her. She’s still a big dork at heart. And while she has a heart of gold, her brain runs a million miles an hour so she often lands herself in a pickle.

Most fun writing is a hard one—the moments with Olive and Rani feel great, and I also love the relationship Olive has with her brother. Having Olive star in a different genre film each time has also been lots of fun. It’s helped to give each book a different flavour, and it’s been fun weaving in the themes and archetypal characters of classic movie genres. I’m a huge murder mystery fan, so channelling Miss Marple and Poirot for the closing scene of the second book, The Robbery Riddle, was a real buzz.

Did you ever worry that girls would struggle to relate to Olive because of her fame? How did you approach writing her in order to avoid this?

I actually saw her fame as a bit of an opportunity. Commercially I thought girls would be interested in reading about a movie star, and it was a great chance to create a character who was part of that world but still had her head screwed on. I hope that readers look up to Olive not because she’s famous, but because she’s fun and creative and has a good heart.

My experience with my brother helped a great deal in writing Olive. He works in the media, so I’ve been able to witness the world of ‘celebrity’ from the sidelines. He’s not a show boat at all, and I think Olive’s the same. Being a movie star gives the reader a framework that’s fun and exciting, but at the heart of it, Olive’s facing the same growing pains as any 10-year-old Aussie girl. She’s making mistakes, facing bullying and body image issues, challenging authority and managing family relationships … she just does it all with a fancier wardrobe.

You used to write for the popular ‘Zac Power’ series, which are often promoted to boys. Do you think boys will find something to love in the ‘Olive Black’ series as well?

Yes, I hope so, because despite the fancy dresses she wears to premieres, Olive is not a girly-girl. We actually gave the copyedits of the first two books to a co-ed primary school class for feedback. The Robbery Riddle sees Olive star in a whodunit movie while a real-life mystery unfolds on set. The feedback was great, and the boys were just as into it as the girls. I think they enjoyed the humour and the relationship with Olive’s brother, plus the hijinks of the mystery genre appealed to both genders.

Motherhood and Creativity (ed by Rachel Power, Affirm). The first four ‘Olive Black’ books were picked up when my son was about five months old. I think it’s a timely reminder of the joys and challenges of motherhood, and, from a practical point of view, it was great for me to get an insight into how other mums in creative fields managed it. It felt reassuring to know I wasn’t the only one with a new writing soundtrack—the irritating ‘huuuf’ of a breast pump and white noise from the baby monitor.

Mammoth Mistake is published by Affirm Press in April