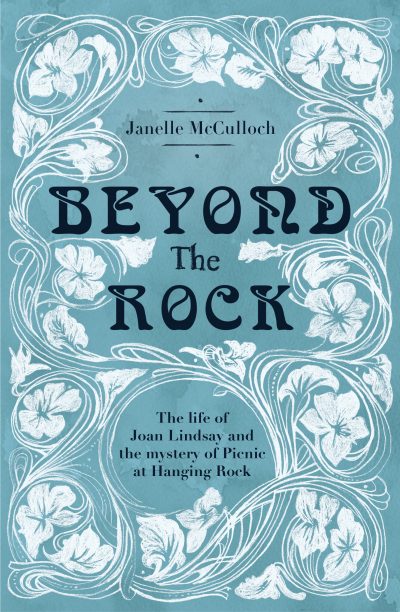 Beyond the Rock: The Life of Joan Lindsay and the Mystery of Picnic at Hanging Rock
Janelle McCulloch
Echo
Reviewed by Chris Saliba
Released May 2017
Hardback
ISBN 9781760405625
RRP $35
Category: Nonfiction

Beyond the Rock: The Life of Joan Lindsay and the Mystery of Picnic at Hanging Rock (Janelle McCulloch, Echo)

Strange, moody and yet also darkly comic, Picnic at Hanging Rock has enjoyed Australian classic status for close to 50 years. Is the novel fact or fiction? The question has been long debated (it appears two girls did go missing at Hanging Rock in the late 1800s). In Beyond the Rock, author and journalist Janelle McCulloch has written a seductive biography of novelist and artist Joan Lindsay, examining her upbringing, the influences on her art, and the milieu of famous artists, politicians, diplomats and writers that formed her bohemian circle. Lindsay emerges as a keen gardener, socialiser, excessive drinker and traveller. Most likely she was bisexual. Lindsay and her husband Daryl were regularly out of money due to their penchant for extravagances and ‘ruinous fancies’. They tried to keep up appearances, but were often living in distressing poverty. Picnic at Hanging Rock was written not so much out of inspiration but rather as the result of a pressing need for cash. Sumptuously illustrated with pictures of Lindsay’s friends and her famous Mulberry Hill home, Beyond the Rock provides an intriguing portrait of an unconventional artist from an era now long gone. Fans of Picnic at Hanging Rock will find much to enjoy and savour.