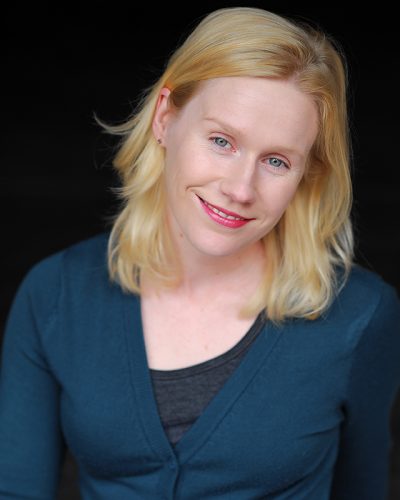 Body of work: Karen Andrews on ‘On the Many Shapes Bodies Will Take’

Karen Andrews’ poetry collection, On the Many Shapes Bodies Will Take (Miscellaneous Press, April), ‘tackles the course of a life with such tenderness and grace that you could be tricked into thinking it was easy’, writes reviewer Hilary Simmons. She spoke to the author.

There is a fascination with death throughout the poems in this collection. Can you tell me why you chose the title and what it means to you?

The title is taken from a poem of the same name in the book. I find titles quite tricky—they either come immediately and naturally or I labour over them for weeks (or longer). On the Many Shapes Bodies Will Take falls in the former camp. Partially because it was an ekphrastic poem—I was responding to a piece of artwork depicting a cemetery. The outline of the gravestones, their different shapes, made me think about the shapes of different bodies. Very literal, really. But on another level, I’ve recovered from an eating disorder and gained and lost weight over my life thanks to various medical issues (not to mention pregnancy). I reflect on those experiences a lot.

There is, in equal measure, a keen interest in life and vitality. Do you believe you can only see that by seeing its opposite?

Some people might need that contrast in order to see the fullness of a bigger picture. It’s a difficult question to answer—I’ve lived with anxiety all of my life. When my sympathetic nervous system is in a constant, activated state, I feel both sides simultaneously. I see the wonders of the world, but they’re terrifying. The stakes are high: there’s so much to do, to feel, just to get through a day. I think this is one of the reasons why I started to write—so my brain could begin to manage my imagination and help me come to a better understanding of myself.

It seems like you intentionally avoid giving too much detail to make the poems more universal and, I would argue, more powerful. How do pare back your emotions when you’re writing about matters so close to the heart?

When I’m writing, I try to remain in the hotter, present state of creation and ignore the ‘inner critic’ that tries to cognitively get in the way. But that critic has its place in the editing phase. I try not to make a poem purely about ‘me’. Convention helps too—adhering to a form, say a villanelle, and its rules helps enforce perspective. In an odd way, it’s freeing.

Some of the most poignant poems are about the experience of motherhood and parenting. Do you see some of them as an extension to the poems in Crying in the Car: Reflections on Life and Motherhood?

Yes, in my mind I see them as companion books as they deal with similar themes and contain autobiographical elements alongside and—in some cases—mixed through the fiction. The biggest difference is that the poems in Crying in the Car were about or inspired by my daughter; the poems in On the Many Shapes Bodies Will Take are about or inspired by my son. I only realised this when I was putting the book together; it wasn’t a conscious decision in any way.

I keep a somewhat imperfect record of what I’m reading on my blog—although I’m the first to admit that some books don’t end up on each month’s documented list. In 2016, there were books I really enjoyed purely for pleasure (In the Heart of the Sea by Nathaniel Philbrick, HarperCollins); for creative ‘stuckness’ (The Art of Asking by Amanda Palmer, Piatkus); and to reacquaint myself with brilliance (High-Rise by J G Ballard, HarperCollins). But my absolute favourite was The Argonauts by Maggie Nelson (Text). Searing, intelligent and vital.