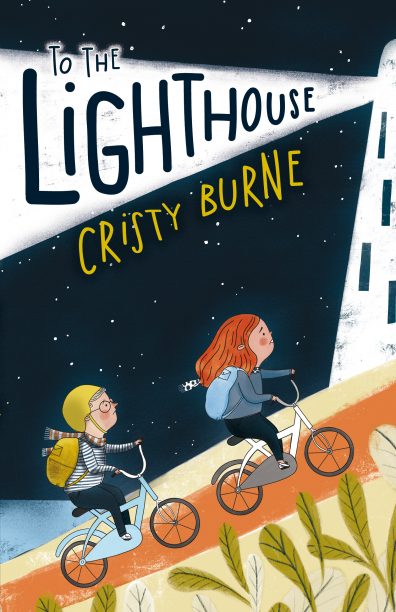 Isaac has finally talked his mum into a proper holiday—a trip to Rottnest Island, where he’s hoping for a proper adventure instead of a holiday care program. But he’ll still have some work to do, as his mum is the most overprotective person in the world, who would probably be happier if he never went outside again. On the island, Isaac meets Emmy, whose whole life seems to be an adventure, from popping wheelies to outrageous dares. To Isaac’s amazement, Emmy’s dad is cool with her staying out all hours, and acting in a decidedly non-sensible way. As Isaac and Emmy hang out, she encourages him to embrace adventure and worry less, but where will their adventures lead? To the Lighthouse is a departure from Cristy Burne’s ‘Takeshita Demons’ novels featuring Japanese Yokai. The closest thing to ‘monsters’ in this book are the quokkas. Burne channels the restless energy of a pre-teen chafing at parental restrictions, and the thrill of pushing against the rules, even in small ways. She captures the essence of holidays, with hot chips at the beach and long bike rides. Featuring characterful illustrations from Amanda Burnett, this is a recommended read for eight- to 10-year-olds.