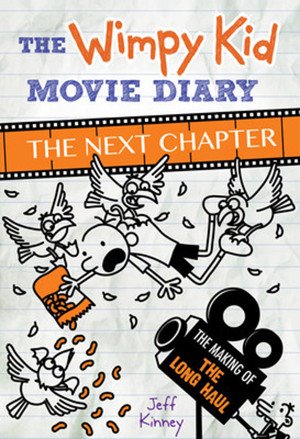 New Wimpy Kid ‘movie diary’ out in May

Puffin will publish a new ‘Wimpy Kid’ book from Jeff Kinney that goes behind-the-scenes of the forthcoming film, reports the Bookseller.

The Wimpy Kid Movie Diary: The Next Chapter features original cartoons from Kinney and photos from the set of the film adaptation of Diary of a Wimpy Kid: The Long Haul.

The new book will be published in Australia in late May ahead of the film’s Australian release on 22 June.

A Puffin spokesperson said: ‘Readers of The Wimpy Kid Movie Diary: The Next Chapter will find out what it takes to film a flock of seagulls invading a minivan, a robo pig, and an animatronic three-year-old, and discover everything that goes into making a feature film.’