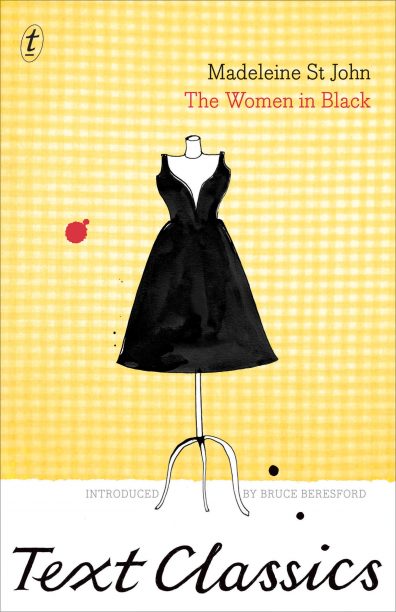 Beresford to direct film adaptation of ‘The Women in Black’

Bruce Beresford will direct a film adaptation of Madeleine St John’s 1993 novel The Women in Black (Text), which has received funding from Screen Australia and Screen NSW.

Beresford and film producer Sue Milliken have co-written the screenplay for the film, to be called Ladies in Black.

Beresford said in a statement: ‘I’ve been obsessed with making a film of Madeleine St John’s The Women in Black (now Ladies in Black) since I first read the novel about 15 years ago, after being told about it by Clive James, who had also been at Sydney University with Madeleine and myself.

‘I was attracted by Madeleine’s wit, her light touch, her deft characterisations and her portrayal of a Sydney I knew so well—the Sydney of the 1950s and ‘60s—a time when the whole of Australia began to change because of the influx of European migrants (most of them escaping a depressed war-ruined Europe), who brought a whole range of talents (and invariably delicious cuisine) that created the successful multi-cultural society of the Australia we live in today.’

The Women in Black is a coming-of-age story about a suburban schoolgirl who takes a summer job at a department store in Sydney, where she befriends some of the other saleswomen who ‘open her eyes to a world beyond her sheltered existence’.

Ladies in Black will be filmed in Sydney and surrounds in 2017.

The novel has previously been adapted into a stage musical.