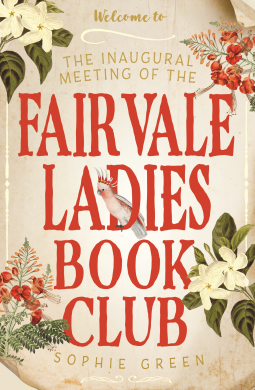 The novel, which is set in Australia in the late 1970s, features ‘five very different women who are united by their love of books’. Acquiring Australian publisher Rebecca Saunders said there is ‘a very clear gap in the market for such a nostalgic and ambitious novel that so wonderfully captures a fascinating period of history’.

‘Sophie’s evocative writing entices readers to remember exactly what was happening then in their own lives as well as what they were reading at that time, from The Thorn Birds to A Woman of Substance,’ said Saunders. ‘Each year of Fairvale’s story, which takes place from 1978 to 1981, is prefaced with the big-news events of the period: it was a time when Margaret Thatcher was elected Britain’s first female prime minister, Malcolm Fraser was Australian PM, Ronald Reagan was shot and Azaria Chamberlain was taken by a dingo at Uluru.’

The novel will be published in trade paperback in Australia and New Zealand in August 2017, and Sphere will publish it in export C-format paperback in spring 2018, with the mass-market paperback to follow in late 2018.