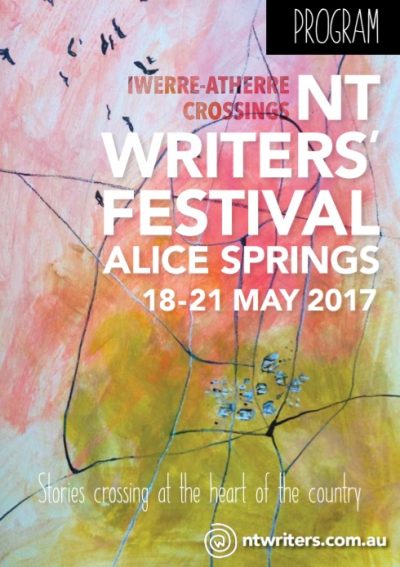 The program for the 2017 Northern Territory Writers’ Festival program has been announced.

Held in Alice Springs from 18-21 May, this year’s festival will explore the theme of  ‘Crossings|Iwerre-atherre’.

Highlights from the program include ‘From Alice to Mparntwe’, a guided tour of Arrernte country with traditional owner of the land Doris Stuart Kngwarreye; a dinner with Bruce Pascoe; and an evening picnic event where writers will share their stories.

For the first time this year’s festival will trial a series of satellite sessions with libraries and other community venues across the Northern Territory. The live stream will feature the festival’s Saturday program of panels, author talks and presentations.

Festival director Dani Powell said, ‘I have hoped to create a festival where stories cross, languages are multiple, and the idea of the writer isn’t a given; where songwomen sit beside writers—all storytellers; story-holders.’

The NT Writers’ Festival is organised by the NT Writers’ Centre, and is held in Alice Springs and Darwin on alternate years. To view the full program, click here.