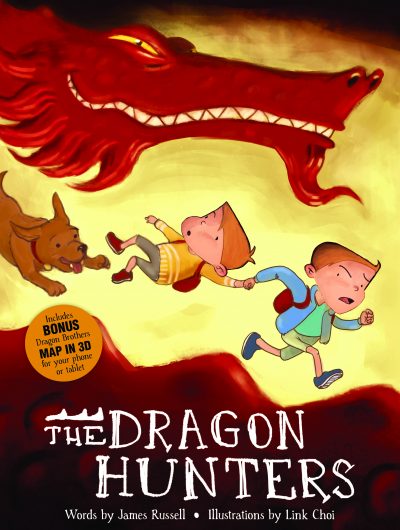 In the US, Sourcebooks has published the first in a trilogy of picture books by New Zealand author James Russell and illustrator Link Choi with the use of augmented reality.

‘The Dragon Hunters’ trilogy—which tells the story of two brothers who share an island with dragons—sold 30,000 copies when it was self-published in New Zealand.

The Sourcebooks edition can be read as a traditional picture book, but readers can also use the free ‘AR Reads’ app on their iPhone or iPad to make maps of the island appear in 3D when held above the endpapers.

Sourcebooks children’s books editorial director Steve Geck told Publishers Weekly the technology ‘lets you take a step back and get an overview of the island and its inhabitants’. ‘You see the dragons and where the boys live. You are up above the island, getting a view of all of it,’ said Geck.

Sourcebooks has released its edition of The Dragon Hunters with a 55,000-copy initial print run. The edition is available through NewSouth in Australia.