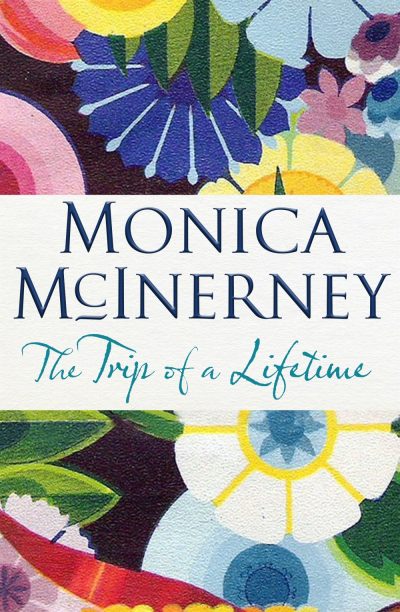 The Trip of a Lifetime (Monica McInerney, Michael Joseph)

Set in the wine country of South Australia’s Clare Valley, and in Ireland, Monica McInerney’s latest novel is a saga about family, memories and promises, secrets and lies. At the story’s heart is the likeable 85-year-old Irish-born Lola Quinlan—an outspoken, flamboyant matriarch who has lived a life replete with well-kept secrets. When she decides to take her first trip back to Ireland in 65 years, accompanied by her granddaughter Bett and Bett’s teenage niece Ellen, Lola’s hidden past begins to emerge. Meanwhile, the announcement that the TV series Murder in the Vines will be filmed in the Clare Valley causes much excitement, and when Bett, the editor of the local newspaper, hands over coverage of the event during her travels to her wannabe-blogger sister, chaos and hilarity ensue. At more than 500 pages, The Trip of a Lifetime is a long read with a sprawling cast (drawing a family tree might help keep track of all the characters). While much of the book has an upbeat tone, it also tackles serious issues around grief and domestic violence. This novel will appeal to McInerney’s many fans and to readers who enjoy stories about the search for the true meaning of home.

Paula Grunseit is a librarian and freelance journalist, editor and reviewer