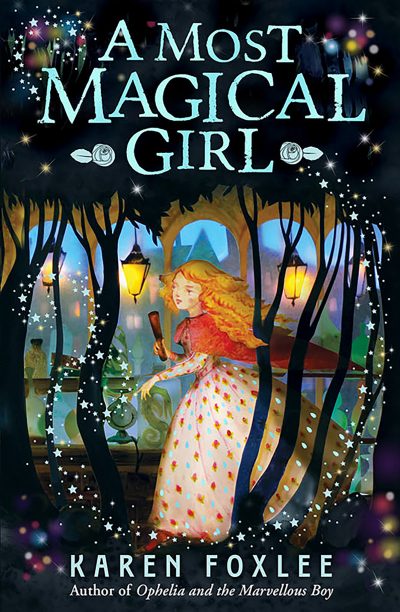 Karen Foxlee has won the 2017 Readings Children’s Book Prize for her middle-grade novel A Most Magical Girl (Piccadilly).

Foxlee’s title was chosen from a shortlist of six. She receives $3000.

The chair of judges and Readings Malvern bookseller Athina Clarke said the judging panel was ‘enchanted by A Most Magical Girl, a mostly traditional fantasy quest story full of fantastic characters’. ‘The writing is rich and accomplished, overflowing with vigour and vitality,’ said Clarke. ‘Perfect for readers aged 9-12, this imaginative adventure will also reward families who read and enjoy it together.’

The judges’ full report can be read here.

Foxlee’s first book for children, Ophelia and the Marvellous Boy, was shortlisted for the prize in 2015.

The Readings Children’s Book Prize ‘recognises and celebrates Australian books that children love to read, and raises the profile of debut and on-the-rise Australian children’s book authors’. It only considers books by authors who have published no more than four children’s books for five- to 12-year-olds.

The shortlist for the inaugural Readings Young Adult Book Prize will be announced later this month.