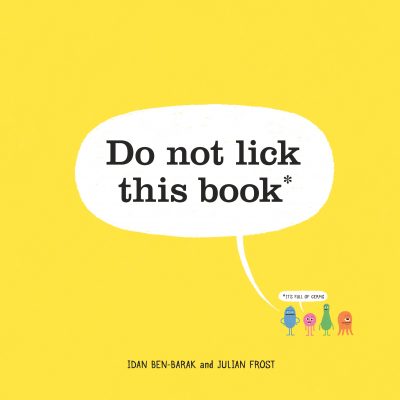 Porter describes Ben-Barak and Frost’s story of four microbes journeying across multiple surfaces, including the reader’s teeth, as ‘the most diabolically clever and hilarious informational book I’ve seen in entirely too long’.

Allen & Unwin rights director Angela Namoi said the book was clearly the publisher’s ‘book of the fair’ at the Bologna Children’s Book Fair in April. ‘I have never, in more than 25 years of pitching at Bologna, had so much interest in such tiny little critters in such a small but perfectly formed book,’ said Namoi.

Ben-Barak and Frost’s second book is still in development, but Namoi confirms it ‘will be another picture book about some aspect of science.’ In a statement, the two creators said their ‘idea generator is rumbling away indiscriminately; with notions ranging from “fairly probable cats” to “the preschooler’s guide to metacognition” being churned out on a daily basis.’

A&U has also sold world Spanish rights to Urano, and expects more deals to follow in the coming weeks.