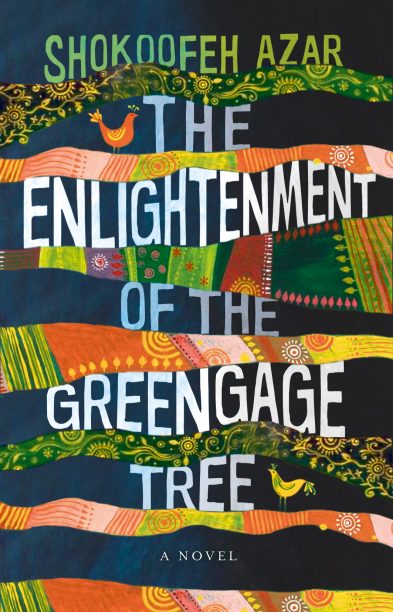 A reimagining of the 1979 Islamic Revolution and its aftermath, Shokoofeh Azar’s The Enlightenment of the Greengage Tree expertly traces the travails of a family of five during one of the most turbulent times in Iran’s political history. Elements of magic realism that appear in the form of portentous dragonflies, forest jinns and mermaids suffuse the narrative and dictate the fate of the characters in a way that stands in stark contrast to the material circumstances that alter their lives—the desecration of Western-influenced cultural materials, the merciless interrogations, and the mass executions of political prisoners. In Azar’s mystical world, a sense of justice that was impossible in real life is conjured through the fictionalised end of Ayatollah Khomeini, who dies alone on the verge of losing his mind in a mirrored underground palace, haunted by the dead’s tears. Footnotes that reference factual historical events and descriptions of Persian culture give the novel verisimilitude. This is Perth-based Azar’s first novel to be translated into English and will appeal to readers of historical fiction and magic realism. It recalls The Lovely Bones, which utilises the perspective of an omniscient child narrator to great effect, and Life of Pi, which adroitly obscures fact with fiction.