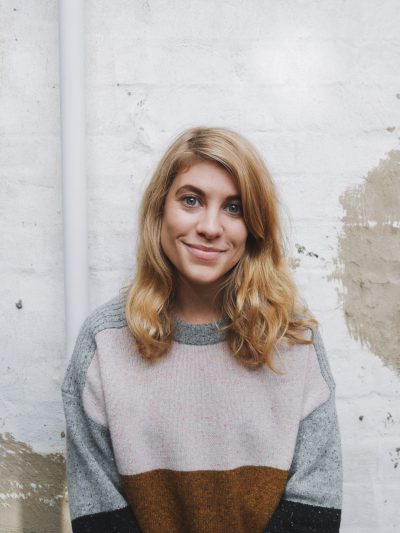 Many voices: Jennifer Down on ‘Pulse Points’

Jennifer Down’s first book of short stories, Pulse Points (Text), captures the lives of its characters with ‘an emotional clarity and intensity that is truly impressive,’ writes reviewer Kate McDonnell. She spoke to the author.

You’ve written both longer and shorter fiction. What made you decide to tell these stories in short form? Do you have a preferred medium of writing?

The story itself seems to dictate the form—generally everything starts as short fiction, and very occasionally something longer starts to grow out of a piece, and I’ll think, ‘oh, maybe that’s got legs’. But I much prefer writing short fiction. In many ways, I think it’s a more difficult form to get right, but from an architectural perspective I find it much more manageable.

One of the most evocative stories, ‘Aokigahara’, involves a pilgrimage to a spiritually important forest in Japan. Were there any experiences or research that particularly inspired this story?

I’ve never been to Aokigahara, but when I was 16, I received a scholarship to study in Japan for some months. I lived in Nagoya, which is nowhere near the sea of trees, but I guess the experience did give me some insight into what it means to navigate Japanese culture and society as a complete outsider. Other than that, it’s just lots of research; lots of reading, lots of imagining.

The stories in Pulse Points are quite varied in their subjects and themes; how did you go about fitting them together into a collection? Were there any challenges, or changes that were difficult to make?

I didn’t write the stories with a view to publishing them as a collection, and maybe that helped, in a weird way. I think there are certain through-lines, or themes, connecting them—trauma, isolation, anxiety, guilt and grief—but they sort of announced themselves. And I don’t know that I’m very audience-minded as a writer. For instance, there are a couple of stories set in the States, with appropriate North American voices and environments, and I was adamant those wouldn’t fit, but my publisher didn’t bat an eyelid, and now I can see they do have their place, after all. I think all this is a long way of saying that it wasn’t challenging because I never particularly considered it as a collection.

The stories take the point of view of a very diverse range of characters. Were any of these perspectives more challenging to write than others?

For me, that’s what writing is: trying on other people’s skin in order to see things from their perspective, and that’s the greatest pleasure in it. But getting the voice right is tricky. For instance, there’s a story, ‘Vaseline’, set in a small rural New Mexico town where I’ve never been, and the protagonist is a teenage girl. She’s smart, but she had to be smart in a convincing way that aligned with her level of education, life experiences and so on. So feeling comfortable with her voice; being in her skin, for example, was more challenging than some others.

Are there any particular authors or story collections that you feel influenced your creation of Pulse Points?

I think there’s a real short story renaissance going on in Australia at the moment. I admire Ellen Van Neerven and Tara June Winch for their economy of language, and clarity, which is important to me as a writer and reader. And then there are other writers I return to again and again, who always teach me something new about writing—Helen Garner, Richard Ford, Sherman Alexie, Annie Ernaux.

What can we look forward to reading from you next?

I’ve just started a new novel, about a woman who decides to disappear, but it’s going very slowly. I work at a snail’s pace, and I can’t remember how to write something as large as a novel, so I’m feeling a bit daunted. It’s a whole different way of thinking.

What was the last book you and read and loved?

I just read Jessica Friedmann’s Things That Helped (Scribe) and thought it was a beautifully written book. It’s intelligent and sensitive, too, but I so admired the precision of her sentences. It’s my favourite sort of nonfiction. Before that I read Peter Polites’ Down the Hume (Hachette), which made me hungry for whatever he does next.