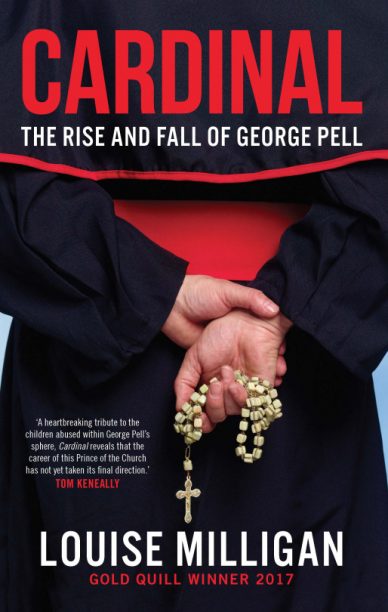 Melbourne University Press (MUP) has ordered a reprint of journalist Louise Milligan’s Cardinal: The Rise and Fall of George Pell following extensive media coverage and ‘through the roof’ sales.

A spokesperson for Pell said in a statement that ‘the decision by MUP to bring forward the publication of the book prior to any findings by the Royal Commission and while allegations are still under consideration by the Victorian Office of Public Prosecutions is a blatant attempt to interfere in the course of justice’.

‘Unlike MUP, the cardinal will not interfere with the course of justice,’ said the spokesperson. ‘He will await the outcome of due process before launching defamation action.’

The Australian reports that Pell’s lawyers have also demanded an apology and retraction from Fairfax and the Guardian after publishing articles ­repeating child sexual abuse alle­gations made in the book.

In a blog post, MUP said the publisher ‘rigorously rejects the suggestion that we are attempting to interfere with the course of justice’. ‘We stand by the book and its author,’ said MUP. ‘We believe the publication to be an important contribution to the ongoing public discussion about the history of sexual abuse in the Catholic Church.’