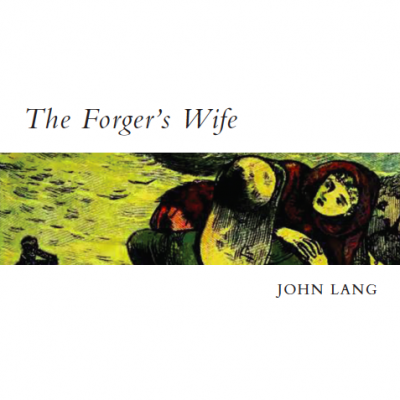 New small publisher Grattan Street Press launched its first book, John Lang’s colonial novel The Forger’s Wife, at an event at the University of Melbourne on 24 May.

Grattan Street Press is a student-staffed trade publisher run through the University of Melbourne’s Publishing and Communications program.

University of Melbourne lecturer Aaron Mannion told Books+Publishing the press aims to publish four-to-six books each year, and ultimately ‘hopes to function much like a traditional trade publisher—as this gives students the most relevant experience’. Its books will include contemporary literature, trade nonfiction and children’s books, as well as republishing ‘culturally valuable works that are out of print’.

The Forger’s Wife is the first book in Grattan Street Press’ ‘Colonial Australian Popular Fiction’ series, which will see colonial titles republished from their first edition or first serialisation, including a scholarly introduction.

‘I think our texts offer a level of editorial work that wouldn’t be possible for most trade publishers,’ said Mannion. ‘We spend a lot of time on the correction of the OCR [Optical Character Recognition] errors together with a rigorous—though ultimately light and conservative—modernisation of the spelling and punctuation.’

Mannion said he didn’t think traditional publishers could ‘afford to put in this time on text that, while we hope for a long-tail effect, is unlikely to sell thousands’.

The press is currently working on a themed nonfiction collection and a children’s title, in conjunction with a not-for-profit, and has just opened for manuscript submissions. ‘We’re primarily looking for book-length fiction and nonfiction manuscripts,’ said Mannion. ‘Though we’re keen to read anything that is new, exciting and high quality, we are particularly keen to read “slipstream” fiction.’

Grattan Street Press is working with IngramSpark and Lightning Source for print and distribution, and supplying titles to bookstores on consignment or sale-or-return—although Mannion adds that the publisher is ‘exploring alternative models for titles that we think would have substantially higher print runs’.