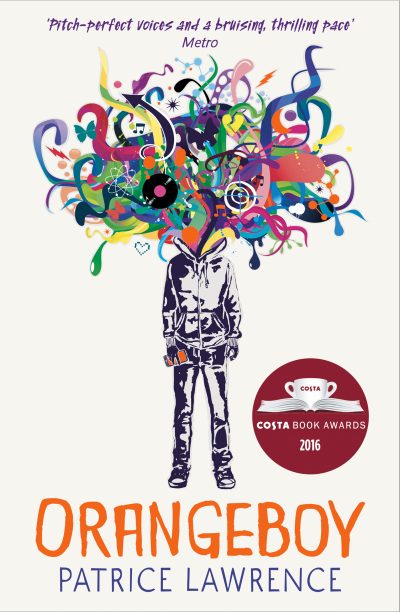 Orangeboy tells the story of 16-year-old Marlon, who gets ‘caught up in London’s gang culture’ after ‘a date ends in tragedy’.

Author and judge Melvin Burgess described Orangeboy as a ‘page-turning thriller’ that ‘ticked so many boxes for so many of the judges’. ‘The characters and their relationships are truthful, delightful, surprising and strong,’ said Burgess. ‘It was so refreshing to read something set in an urban black community that will appeal to a diverse UK readership.’

In March, Orangeboy was awarded the 2017 Waterstones YA Book of the Year.