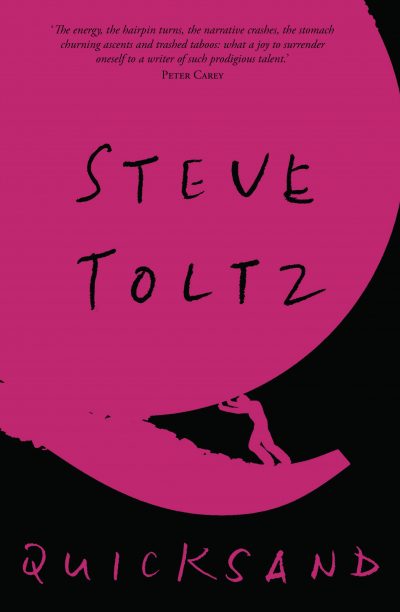 Steve Toltz has won the 2017 Russell Prize for humour writing for his 2015 novel Quicksand (Penguin).

Toltz’s ‘tragicomic bromance’ was chosen from a shortlist of six titles, and was praised by judges for the ‘beauty of its writing, the complexity of its insights and its sharp, intelligent, wise humour’.

‘Toltz switches styles with virtuosity as he scales comedic peaks and plumbs despairing troughs, always taking the reader with him,’ said the judges Patti Miller, Lex Marinos and Sami Shah in a statement. ‘It is a wonderful achievement from a writer whose words serve as a scalpel to reveal the absurd beneath the veneer of serious existence.’

Toltz, who is based in Los Angeles, accepted the $10,000 biennial award at an event State Library of NSW with a video message.

The Russell Prize for Humour Writing is administered by the State Library of NSW on behalf of the estate of the late Peter Wentworth Russell. The inaugural award was presented to Bernard Cohen’s The Antibiography of Robert F Menzies (HarperCollins) in 2015.