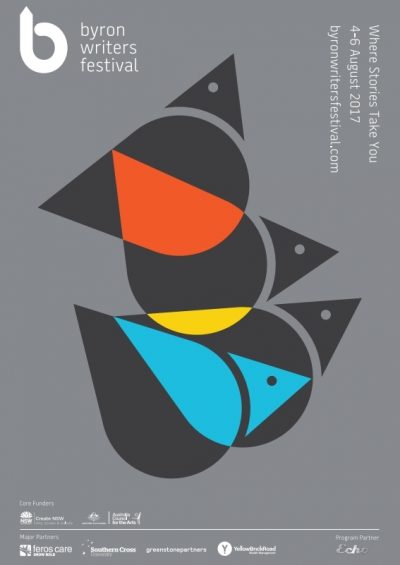 The full program for the 2017 Byron Writers Festival, which runs from 4-6 August, has been announced.

Among the festival’s highlights, Australian singers and memoirists Jimmy Barnes and Tex Perkins will come together for a special ABC Radio National session; satirist John Safran and journalist David Marr will unravel the second coming of Pauline Hanson and the rise of Trump; Richard Roxburgh and Andrew Knight will discuss the making of the TV series Rake; and Peter FitzSimons will argue the case for a republic in the annual Thea Astley Lecture.

The Kids Big Day Out on the Sunday will feature authors Sally Rippin, Hilary Badger, Tristan Bancks, Morris Gleitzman and Peter Helliar, among others.

Johnson said she is ‘especially proud of this year’s program for its cultural diversity, scope and probing amalgamation of important topics and different writing genres’.