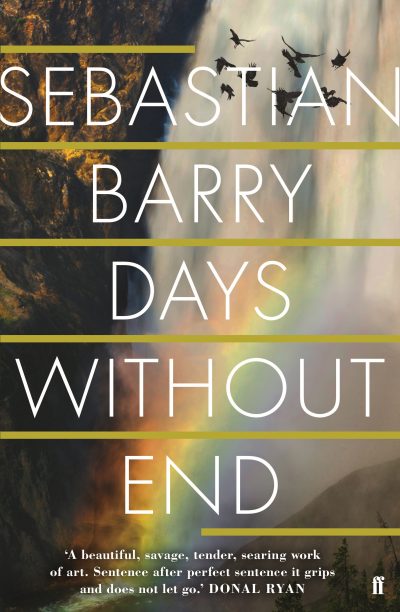 Sebastian Barry has won the 2017 Walter Scott Prize for Historical Fiction for his novel Days Without End (Faber).

The judges said the decision was ‘one of the hardest the Walter Scott Prize has ever had to make’, with all seven books on the shortlist ‘having strong supporters on the judging panel’. The shortlist included Australian author Hannah Kent’s The Good People (Picador).

The judges said they chose Days Without End ‘for the glorious and unusual story; the seamlessly interwoven period research; and above all for the unfaltering power and authenticity of the narrative voice, a voice no reader is likely to forget’. The story follows a migrant who flees the Irish famine during the 1850s to fight in the Indian Wars and the Civil War.

Days Without End won the Costa Book of the Year earlier this year.