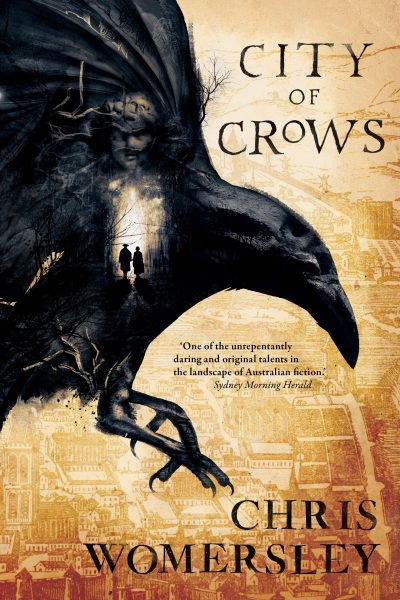 It’s quite a change of setting from 1980s Melbourne in Chris Womersley’s previous novel Cairo to the world of magic and witchcraft in 17th-century France in City of Crows. It’s a time when the claims of science and reason have not yet asserted themselves against popular beliefs and superstitions, a time of potions for ailments, poisons for foes, and fortune tellers to make a future wish come true. For Charlotte Picot, life’s injustices are piling up as she loses several of her offspring to fever, and then her husband. When her only surviving child is snatched by bandits, potentially for some perverse ritual, she is desperate for a remedy. A forest encounter with a kindly witch and a compact with a Parisian ne’er-do-well and notorious assistant at black masses gives her hope that she can track her son down. Based on real-life personages associated with the ‘Affair of the Poisons’ during Louis XIV’s reign, Womersley’s immersive tale is written with great felicity and reflects prodigious research. I liked the little contemporaneous nods too, for instance, to the connections (already then) between the church and paedophilia, or the construct of the witch in a patriarchal culture (‘what they call a witch is really a woman with power,’ a character remarks). At times it’s a little laboured in the telling, but overall this is a well-realised, entertaining historical fiction.