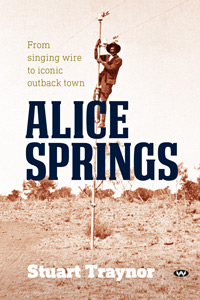 The judges said Alice Springs, which is ‘the result of eight years of meticulous research’, ‘is a tale of the country’s heart and some of its most remarkable but little-known characters—of children torn between two cultures living at the telegraph station after the morse keys stopped clicking and of a modern community still living along the line’.

Traynor’s book was chosen from 15 entries. A shortlist of four also included:

The award, which is administered by the NT Library, recognises the most significant contribution to Northern Territory history published in 2016. For more information, click here.