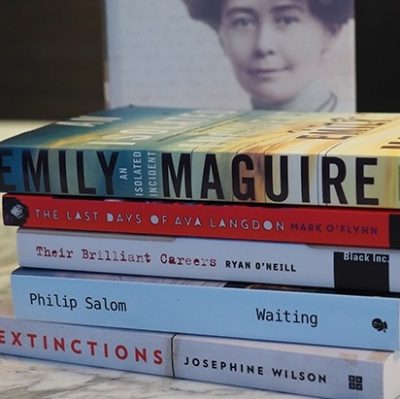 Melissa Ashley’s The Birdman’s Wife (Affirm) has won the Australian Booksellers Association’s Booksellers Choice Award, which recognises the ‘Australian new release that booksellers most enjoyed reading, marketing and handselling during the previous year’. The Birdman’s Wife reimagines the life of British artist Elizabeth Gould, who produced many of the illustrations in her husband John Gould’s ornithological works but was largely unrecognised for her role in his success.

Zoe Morrison has won the Australian Literature Society Gold Medal for a ‘work of outstanding literary merit’ for her debut novel Music and Freedom (Vintage)—the story of young girl who moves from rural Australia to England with the dream of becoming a concert pianist, and becomes trapped in an abusive relationship. Music and Freedom previously won the Readings Prize for New Australian Fiction.

Steve Toltz has won the Russell Prize for humour writing for his ‘tragicomic bromance’ Quicksand (Penguin). The judges described the book as ‘a wonderful achievement from a writer whose words serve as a scalpel to reveal the absurd beneath the veneer of serious existence’.

The shortlists for the National Biography Award, the Colin Roderick Award for ‘the best book that deals with any aspect of Australian life’ and the Davitt Awards for the best crime books by Australian women have also been announced.