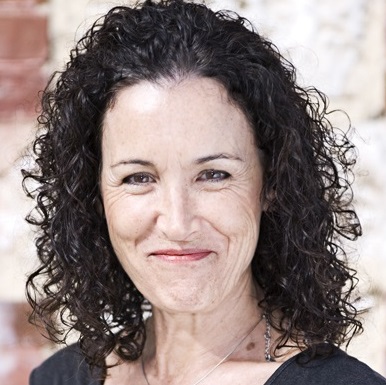 Fremantle Press is a not-for-profit publisher of books by new and emerging Western Australian writers and artists. It has been publishing adult and children’s books across a range of genres since 1976. CEO and rights manager Jane Fraser spoke to Think Australian:

Our focus is on publishing books by new Western Australian writers. Fremantle Press is based in one of the world’s most remote cities and although Western Australia has a small population, it has an enormous depth of talent. For the past four decades it’s been our job to nurture that pool of talent and to give new writers the support they need to reach other territories.

By focusing exclusively on Western Australian authors and topics, Fremantle Press has published the first books of many writers with international reputations, such as Joan London, Kim Scott, Craig Silvey, John Kinsella and Gail Jones. If you name almost any well-known Western Australian author—from Tim Winton to Robert Drewe—we’ve published them.

Fremantle Press publishes around 24 new titles each year and is renowned for producing quality works of fiction, nonfiction, poetry and children’s literature. The titles that perform best internationally are those from our literary fiction and crime lists as well as our children’s picture books and junior fiction titles.

Fremantle Press has been selling international rights for over 20 years. To date we have licensed more than 50 titles into 20 territories.

Sally Morgan’s My Place sold into 20 territories. It was reviewed by the New York Times and the UK’s Sunday Times, as well as by Alice Walker, author of The Color Purple.

More recently, Whisky Charlie Foxtrot by Annabel Smith has performed well in the US [published as Whiskey & Charlie], selling over 40,000 copies, while Alan Carter’s ‘Cato Kwong’ crime series (Prime Cut, Getting Warmer and Bad Seed) is garnering many fans in Europe.

The picture book Crocodile Cake by Palo Morgan and Chris Nixon continues to be reprinted in simplified Chinese for mainland China. Our books also feature in education markets overseas, with more than 60,000 copies of Eye of the Eagle by Ron Bunney printed in South Korea.

Dave Warner won last year’s Ned Kelly Award and his two latest books with Fremantle Press (Before It Breaks and Clear to the Horizon) are brilliant new crime novels. We’d like to see his work published in the US and in more European countries. Also on the crime list is Burn Patterns by Ron Elliott, which we believe deserves more recognition at home and abroad for its witty main character and thrilling plot.

We have some outstanding novelists who are making headway in the international scene—Tracy Farr’s latest book, The Hope Fault, is being published in the UK and US and we hope it will interest the European publishers too.

No, we only sell rights, because our mandate is to publish Western Australian authors.

Clear to the Horizon by Dave Warner is coming out in November and is the follow-up novel to award-winner Before It Breaks. In 2018 we are publishing The Art of Persuasion by Susan Midalia, a romantic novel with political overtones that references Jane Austen, as well as Samuel Bellamy by David Whish-Wilson, an historical gold-rush adventure novel based in the US and Australia. We’re also thrilled to publish T.A.G. Hungerford Award winner Jay Martin’s first memoir about life as an Australian diplomat’s wife in Poland.