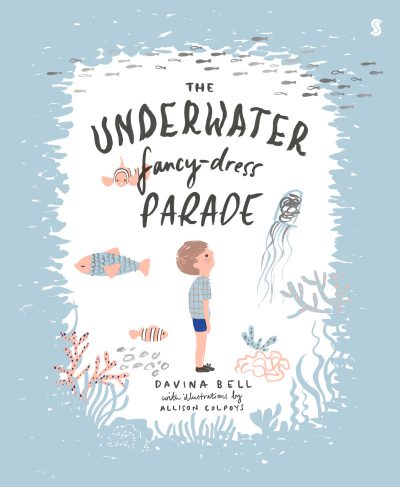 Abrams will publish the book as Captain Starfish in the US and Canada in 2018. Abrams associate editor Erica Finkel said it is ‘thrilled to have this beautiful, award-winning book on our list’. ‘Captain Starfish is an honest and wise story about how all of us—from the star of the show to the shy wallflower—have merit and can connect with others.’

Scribble first published The Underwater Fancy-Dress Parade in 2015. Foreign rights to the book have also been sold to China, Bulgaria, France, Spain and Italy. In 2016 it won the ABIA Small Publishers’ Children’s Book of the Year and the CBCA Crichton Award for Illustration.

Scribe has also announced the acquisition of a collection of comic essays ‘centred around the ideas of collectivism’ by comics writer and artist Sam Wallman, to be published in late 2018. Scribe art director Miriam Rosenbloom said Scribe is ‘extremely proud to be publishing this important work’. ‘Sam Wallman is a tremendous talent whose singular voice is vital in today’s political and cultural climate,’ said Rosenbloom.

Wallman’s work has previously been published in the New York Times, the ABC, Overland and the Lifted Brow, among other publications.