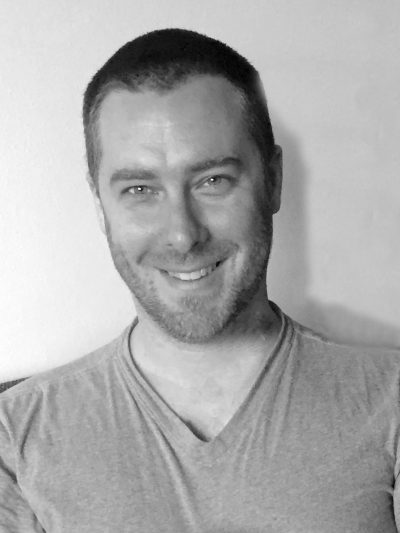 Joel Naoum was the publisher at Pan Macmillan’s digital imprint Momentum for five years before starting up the publishing consultancy Critical Mass. He shares his career journey.

I’ve always been a keen reader. Ever since I was quite young, I was interested in writing and putting books together (mostly created from 30-page exercise books with pasted-on covers). When I was 16 years old my mother had her first book of commercial women’s fiction published, and I was given the chance to see how the sausage was made.

My first insider experience of the publishing world was at the Sydney Writers’ Festival. I met a number of people from the industry, as well as a handful of scarily successful authors. I was, oddly, drawn to the publishing folk and remember thinking to myself that I’d like to be one of them one day. Shortly after, I did some work experience at Pan Macmillan, where I was cycled through editorial, publicity and went on the road with a sales rep to see how it all worked. I was hooked.

Studying communications and cultural studies at university with a minor in creative writing gave me my first experience of the manuscript workshop group. I began to learn what it was like to give and receive criticism, and ended up finding that part of the process the most compelling. As the eldest child in my family, I’ve never been shy of giving my opinion, so the work of helping other people fix their manuscripts started to become the focus of what I wanted to do as a career.

Like many people of my generation, I didn’t learn any formal grammar at school. My education in that department came through teaching English to students in Japan post-university, where I was forced to learn English grammar by dint of having to teach it.

On my return to Australia, I began working at the Australian Writers’ Guild, and started a postgraduate degree in publishing and writing. When the opportunity to interview for an editorial assistant position at Pan Macmillan came my way, my interview could have gone off the rails—I was reading a bootleg copy of a Pan Mac title on my Palm Pilot at the time, long before the Kindle launched in Australia and one could legally acquire such books, and didn’t see the harm in mentioning it.

I was lucky enough to join the team and worked my way up to an editor position, while maintaining an active interest in ebooks and digital publishing and working as a weekly blogger on the topic for Boomerang Books. In 2011, I successfully applied for the Unwin Trust Fellowship, specifically looking to research digital experimentation in the UK publishing industry. Within a month of that news, I was approached by Tom Gilliatt, then the nonfiction director at Pan Macmillan, to get involved in running the new secret start-up within the company, which we later decided to call Momentum.

Helping to start and run Momentum was one of the most gruelling, exhausting and exhilarating experiences of my life. We set up a separate office with its own staff and much of its own resources, ran our own IT, built a central title database and published over 400 titles in the five years Momentum ran under its own steam. I got to work with some of the best authors in Australia from every genre, including Matthew Reilly, Andy Griffiths, Liz Byrski, John Birmingham, Chopper Read (who once memorably told me to ‘fuck off’) and many others. We also got the chance to support and foster the careers of some genuinely exciting new talent from Australia and across the English-speaking world.

Ultimately the market we imagined for digital books didn’t come to pass, as digital sales for traditional publishers began to plateau in 2015. I learned a lot from my experience running the imprint, however, and one of those things was that the digital slump narrative was only true from the perspective of big publishers.

I conceived of Critical Mass in 2016 as a way for writers to access the expertise usually reserved for authors with an agent or publisher at their back. I wanted to help navigate the self-publishing terrain for writers who can write, but lack the time, inclination or skills to learn every aspect of the publishing trade in order to get their work out to an audience. It’s been a steep learning curve yet again, but one year later we’re now working with over 60 clients on various parts of the publishing process, and we’re starting to see some successes. It’s been an exciting and fascinating experience so far, and I look forward to whatever challenges come next.

I’ve just finished reading The Three-Body Problem by Liu Cixin (Head of Zeus) and started Psynode by Marlee Jane Ward (Seizure) and Nevernight by Jay Kristoff (Voyager). With things as they are at the moment, you can’t have enough escapist fiction!