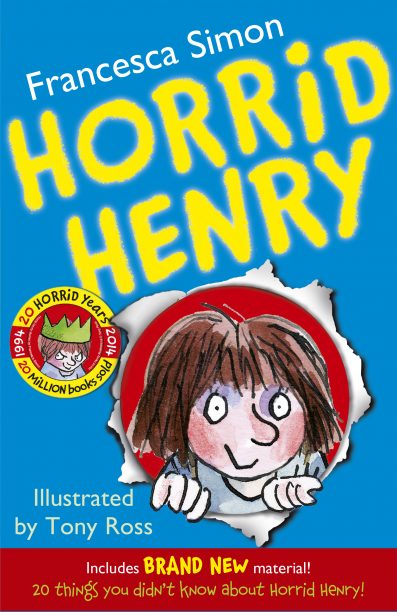 In the UK, ‘Horrid Henry’ artist Tony Ross has been named as UK libraries’ most borrowed illustrator according to Public Lending Rights data, in the first ranking of its kind, reports the Guardian.

As well as illustrating Francesca Simon’s ‘Horrid Henry’ books, Ross also wrote the ‘Little Princess’ series, among at least 1000 books he has written or illustrated. His books have been borrowed more than one million times over the last year.

The British Library pays registered authors 7.82p (A$0.13) each time one of their books is borrowed, with the payment generally split between the author and illustrator. The payment is capped at £6,600 (A$10,850) for each creator.