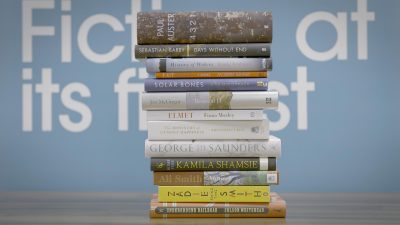 The longlist for the 2017 Man Booker Prize has been announced.

Roy is the only previous winner of the Man Booker prize on the longlist, while four of the other longlisted writers—Barry, Hamid, Ali Smith and Zadie Smith—have been shortlisted for the prize before. Three of the longlisted titles are debut novels: prolific short story writer but first-time novelist Saunders’ Lincoln in the Bardo, Mozley’s Elmet and Fridlund’s History of Wolves.

Elmet and Home Fire are the only books yet to be released in Australia. Home Fire will be released by Bloomsbury in September and Elmet by Hachette in November.

Chair of judges Lola Young said the longlist showcased ‘a diverse spectrum, not only of voices and literary styles but of protagonists too, in their culture, age and gender’. ‘We found there was a spirit common to all these novels: though their subject matter might be turbulent, their power and range were life-affirming—a tonic for our times,’ said Young

For more information on this year’s prize, click here.