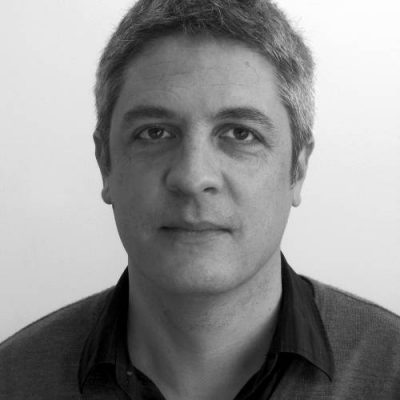 In October, Black Inc. is launching its new ‘Writers on Writers’ series with two titles: On John Marsden by Alice Pung and On Kate Jennings by Erik Jensen. These short, hardback titles combine literary criticism, biography and interview and are ‘so well crafted that you don’t need to be a fan of either subject to enjoy them’, writes reviewer Emily Laidlaw. She spoke to the series editor Chris Feik.

‘Writers on Writers’ is a collaboration between Black Inc., the State Library of Victoria and the University of Melbourne. Could you explain how this venture came about and the genesis for the series?

Meredith Martin at the University of Melbourne had been reading a book from Princeton University Press’ ‘Writers on Writers’ series and thought that Australia was in need of something similar. She mentioned the idea to Black Inc. and to Justine Hyde at State Library Victoria, and the enthusiasm was mutual. Meetings were had, and slowly a partnership plan was hatched.

We wanted the focus to be on Australian writing, and for each book to feature a single essay by one Australian writer on another one—whether they be an exemplary ancestor, welcome companion or figure of intrigue.

Black Inc. has a long history of publishing standalone essays—Quarterly Essay, which you edit, as well as anthologies such as Best Australian Essays. In your opinion, does the Australian market respond well to essays as standalone purchases?

Clearly it does! Many readers are looking for depth when it comes to discussion of politics or culture, as well as the sense of an individual voice, which is what many of the best essays offer.

Quarterly Essay is now in its 66th issue and has never had more subscribers. (So too the Monthly.) My sense is that it is the ‘literary’ dimension of QE that makes it distinctive, the ability to embed analysis in a narrative, or evoke a situation, or convey a larger meaning, when discussing current events.

In selecting writers to feature, was there a conscious decision to spotlight both known and lesser-known figures? And can you talk more about how that selection process happens?

We have been guided the writers’ own interests and obsessions. Sometimes we knew of an existing fascination, and sometimes the writer revealed one during the course of discussion.

From a commercial perspective, how can a series like this assist the promotion of Black Inc.’s backlist? And culturally speaking, how can this series help stimulate interest in Australia’s literary history?

Except in the case of Snake, which we are bringing out in a new edition, the series will have little effect on the Black Inc. backlist. But we are very hopeful it will inspire people to read the writers discussed. The idea is to create an enlivening encounter between past and present, to think about art and craft, and to show what reading our talented literary forebears can open up to us—fascination, hope, trouble …

In recent years, there’s been some debate about the state of literary criticism in Australia, particularly in regards to the shrinking space for book reviews and discussion in the mainstream print media. Where do you think a series like this sits in the wider critical landscape? Do you see it filling a certain void?

Void is too strong a word, I think, given the existence of the Sydney Review of Books and the Text Classics with their introductions—to name just two.

What ‘Writers on Writers’ offers is the depth that an essay of 10,000 or more words provides, written by someone deeply interested in their subject.

These are not scholarly monographs—not that there is anything wrong with that! The basic idea is that they are written from the perspective of the reader and practitioner.