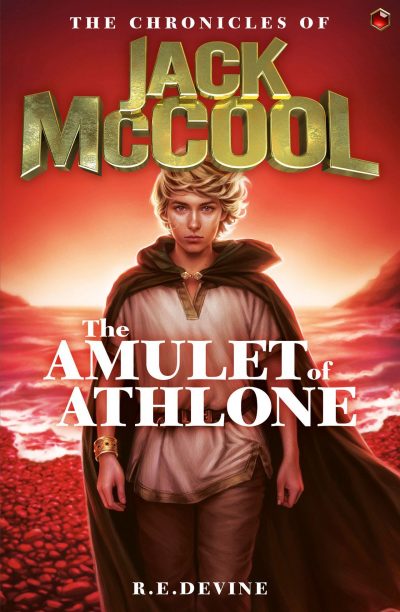 The Amulet of Athlone: The Chronicles of Jack McCool Book One (R E Devine, Bauer Media)

Things aren’t easy for Jack McCool. His teacher Miss Medusa hates him, the school bully picks on him and even his hair won’t sit straight. While he gets called ‘McNerd’ he knows that he shares his unusual surname with the legendary Irish hero Finn McCool, frequent star of the bedtime stories told by his mum when he was young. One day, while Jack is hiding in the attic from his brother, he stumbles upon a strange amulet that throws him back in time to the hidden forest camp of none other than Finn McCool! Now Jack is on a quest to retrieve the amulet’s six gems and save the kingdom of Eireann from the evil High King Goll and his banshees. R E Devine grew up on Irish myths and it shows in this story, with its lively combination of traditional elements and modern fantasy. This is a fast-paced novel for middle-school readers, suited to fans of ‘Deltora Quest’ and other fantasy adventures. The Amulet of Athlone is the first of a six-book series to be released over the next six months, so readers won’t have long to wait for the next instalment.